Princess Mabel celebrated her 45th birthday yesterday. I was going to post a regular birthday post but awoke to the shocking news that her husband, Prince Johan Friso, passed away today after being in a coma for 18 months. While Mabel has handled herself with unwavering grace during the incredibly difficult past year and a half, the gravity of today’s final loss is unimaginable for her and her young daughters. Our deepest condolences are with Princess Mabel, Princess Beatrix and the entire Dutch Royal Family.

Embed from Getty Images
At the christening of Princess Alexia on November 19, 2005 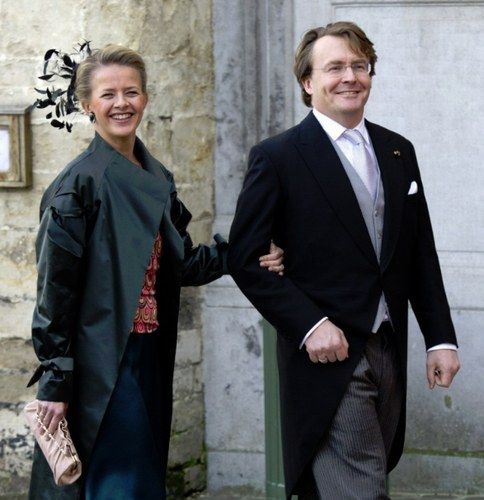 At the wedding of Prince Carlos of Bourbon Parma,  November 20, 2010

Photos from Getty as indicated; and Dutch Photo Press