The Duchess of Gloucester attended the Homecoming Parade of the Adjutant General’s Corps yesterday at Ward Barracks in Bulford, Wiltshire (members of this regiment were returning from a tour of Afghanistan). For this welcome, Brigitte, who is Deputy Colonel-in-Chief of the Regiment, repeated a taupe straw beret hat. The last time she wore it, I criticized it for being too bland. Yesterday however, I thought it was a great choice for this particular engagement and coordinated very well with her chocolate coat. 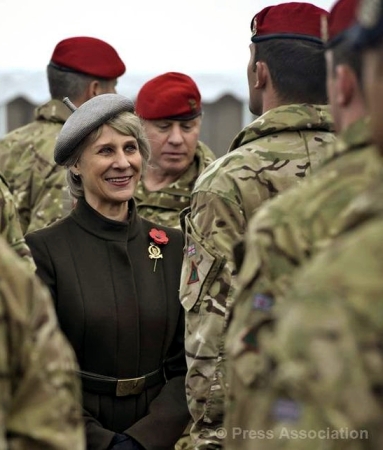