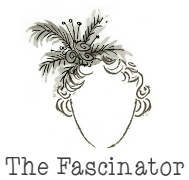 History: Since ancient times, women have been adorning their hair with ribbons, pearls, and feathers. These hair ornaments came into a Renaissance of sorts during the 18th-century in Europe. Women in the court of Louis XVI (1774-1791) wore ‘poufs au sentiments’ – large hairpieces that displayed ostrich feathers, butterflies, fruit, model ships, animals, jewels or whatever else struck the wearer’s fancy. During the 19th century, these hair embellishments decreased substantially in size and were replaced with bonnets and hats with much less elaborate trimmings.

The term ‘fascinator’ first appeared in America in the 1860s in reference to a lacy, light-weight, loosely-knitted  shawl worn over the head. When cocktail hats were introduced in the 1930s, they brought small feathered headpieces back into fashion. During the 1960s, it became fashionable to affix a veiled, feathered, bowed or beaded comb to one’s beehive hairstyle instead of wearing a full hat.

A second Renaissance for the fascinator was introduced in the early 1990s by London-based milliners Stephen Jones and Philip Treacy. By 2000, fascinators were seen on countless catwalks, the popular TV show “Sex And the City”, at the Ascot Races and on a number of royal heads. While the popularity of fascinators now seesm to be on the decline, you will still see them perched on heads at occasions where hats were traditionally worn- weddings, christenings, National Days, major royal events etc. The one place you will not see a fascinator is in the Royal Enclosure at Ascot- the dress code adopted in 2012 requires that all hat alternatives have base diameter size of 4 inches. For a fantastic history of the fascinator from the 13th century to current day, refer to this article at V is for Vintage.

Characteristics: A large hair decoration on a band, clip or comb usually with elaborate trimmings (feathers, ribbons, flowers, bows etc.). Like a cocktail hat, fascinators are usually worn perched on the top or side of the head and do not fully cover the wearer’s head. Unlike a cocktail hat, a fascinator does not have a large base.

Royals Associated with this Hat Style: Almost everyone: 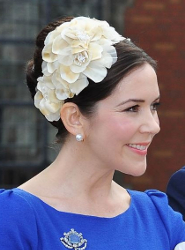 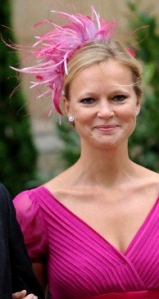 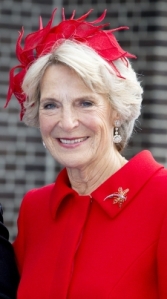 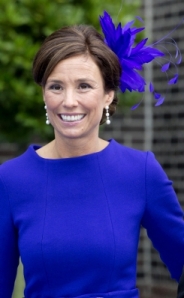 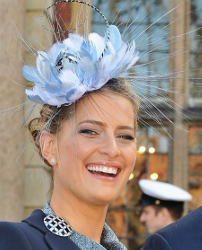 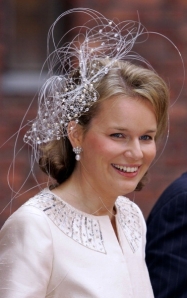 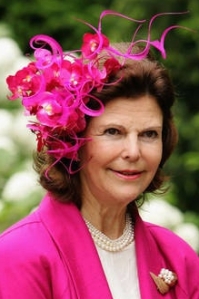 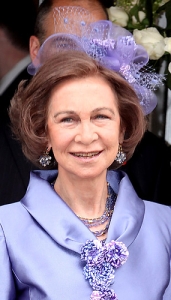 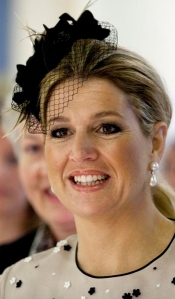 I hope this clears up any confusion between a cocktail hat and a fascinator (the mainstream press often gets this wrong). As you can see from the parade of fascinators above, these headpieces come in all shapes, sizes, colours and materials and are limited only by the imagination of the designer. My favourite royal fascinator is the one Crown Princess Mary wore for the christenings of her four children… although like a moth to a flame, I am inexplicably drawn to the Philip Treacy black looped and feathered extravaganza on Zara Phillips above. What is your favourite royal fascinator?

22 thoughts on “Hat Types: The Fascinator”