Members of the British Royal Family attended Easter Sunday Service this morning at St. George’s Chapel at Windsor Castle. Queen Elizabeth led her family with the debut of a new hat in palest blue-grey straw; this hat featured an asymmetrical upturned brim, a domed crown with straight sides, and a mass of silk blooms on the side. This is a shape and style of hat we have seen a number of times of Her Majesty but it works so very well for her that I’m quite pleased to see it again. 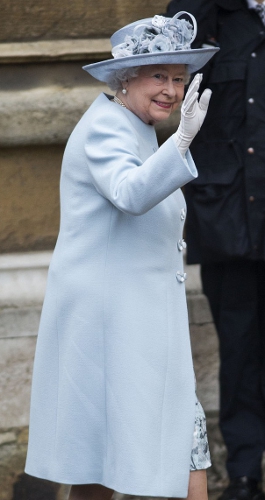 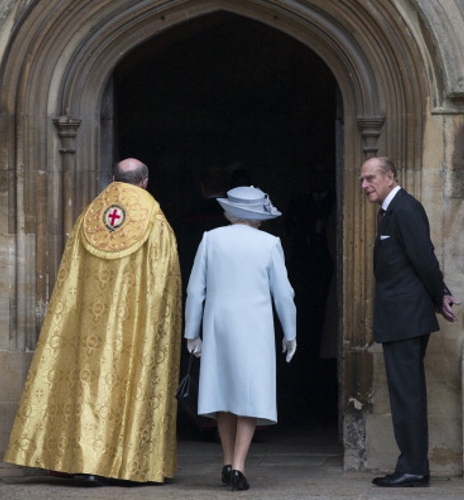 Princes Anne repeated a hat I have affectionately named “Old Faithful” (what else can you call a hat that has been in royal service since 1969?!). We last saw this black homberg with studded band around the crown at the Cheltenham races, an event which suited the retro and informal vibe of this hat very well. Today, for Easter Sunday, I thought it looked awkward and  out of place.

The Countess of Wessex debuted an interesting beret-style percher hat entirely covered in feathers. Aside from the large black claw-like plumes which topped this hat, I liked it. This hat is a great shape on Sophie and the mottled colour created by the overlapping feathers leaves a rather painterly impression. It was also a beautiful compliment to Sophie’s impeccable coat. I also loved that it’s a departure from anything we have seen on Sophie before. 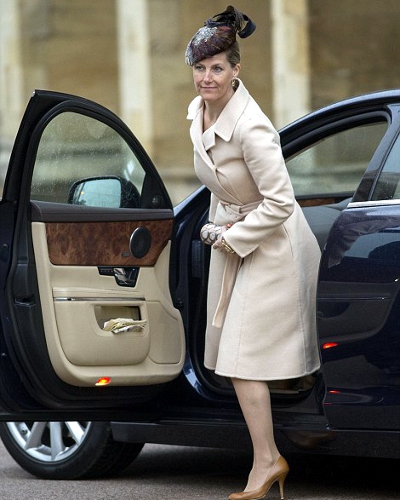 Designer: unknown.
Previously Worn: This is a new hat

Princess Eugenie repeated one of her lily hats. While difficult to tell in this photo, this is the same green straw beret trimmed with oversize white calla lily that she wore to a Buckingham Palace Garden Party last year. Green is always beautiful on Eugenie although the giant lily still doesn’t work for me. Scale it back by half, and we’d have a winner.

Lady Sarah Chatto repeated the cream saucer hat we have seen on her a number of times before. Sarah usually chooses monochrome hat and dress combinations and it was a refreshing change to see her pair this hat with nautical navy and white. While Viscount Linley has some of the most memorable hats in the British royal family, today she chose a rather sedate beige beret. Until we see it from a better angle (or with a more interesting ensemble), I’m pained to have to declare this hat a yawner. 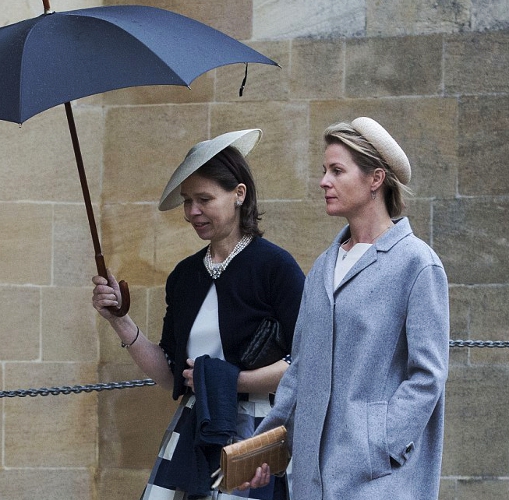 With the absences of the Duchess of Cornwall, Princess Beatrice and the Duchess of Cambridge, I’m afraid today’s lineup of British royal hats fell a little flat. Where there any that stood out as your favourites?

Photos from Getty as indicated and: Oli Scarff via Getty; David Hartley/Rex via The Daily Mail