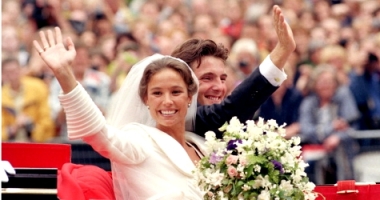 The young bride’s ivory silk duchesse gown was made by Belgian designer Pierre Yves. You will note in the photo below that the bodice of the dress was actually a Bolero-length jacket with wide collar, pleated cuffs and front buttons. The main dress, with a box pleated full skirt and pleated cummerbund at the waist, featured a halter-style sleeveless bodice that was covered in Brussels lace. It’s an interesting design for a royal bride but certainly one that lends itself to both the formality of a royal wedding and the ‘lets-get-this-party-started’ vibe a private reception. 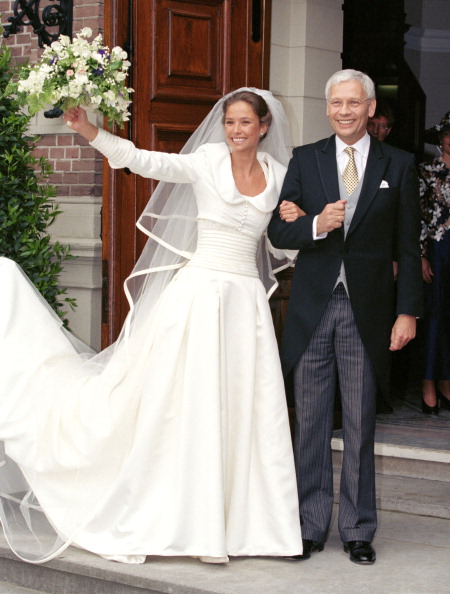 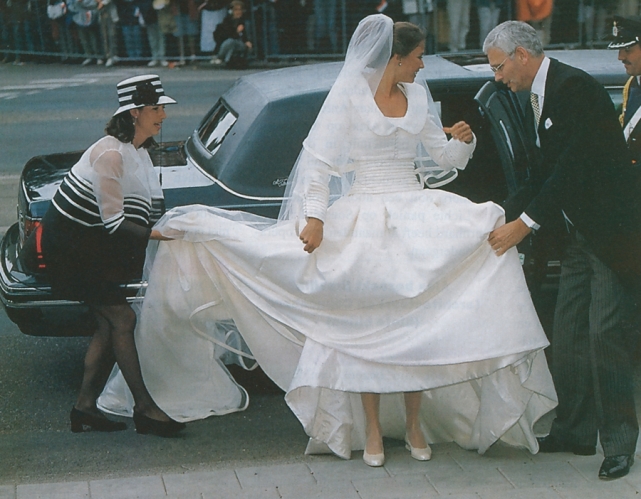 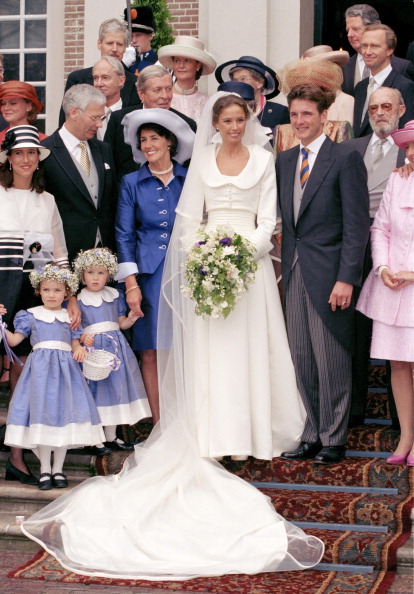 Marilène topped her dress off with a full length silk veil edged in ivory silk ribbon. The veil was anchored by a reduced version of the “Ears of Wheat” tiara from the Dutch Royal collection. Unfortunately, the tiara was worn so far back on Marilène’s head that it is nearly invisible.

Princess Margriet wore a pink Breton-style hat trimmed with white and dark pink contrasting bands on the brim and around the crown. It is such a flattering hat shape on her and the colour, shades darker than her pale pink suit, created the perfect amount of contrast for her ensemble. Marilène’s mother, José van den Broek-van Schendel, wore an unusual but very pretty pale grey-blue hat with upturned, fluted brim. 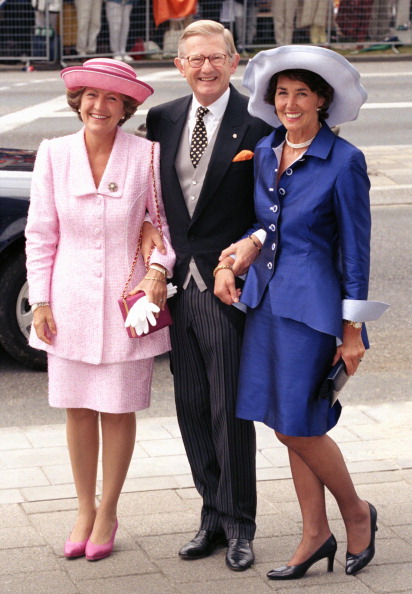 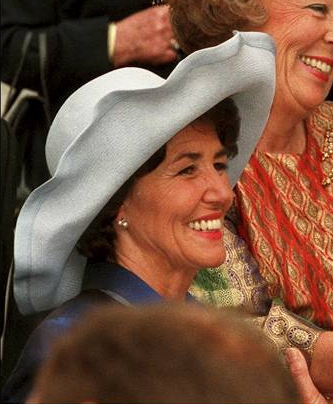 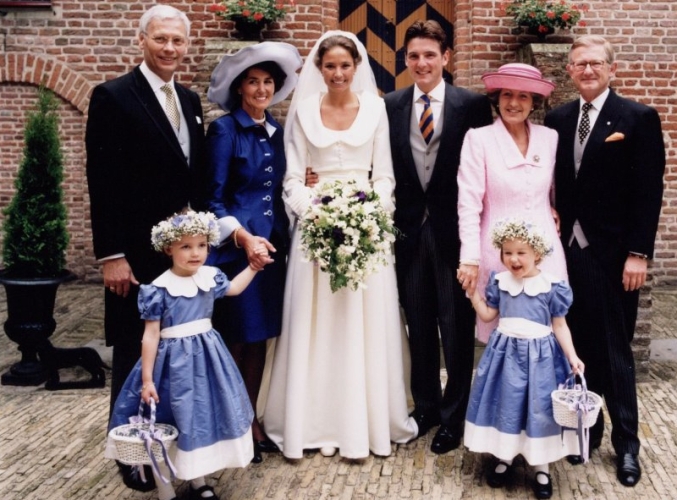 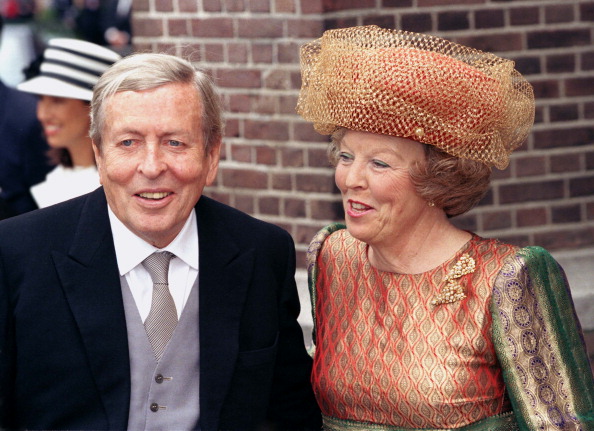 Princess Juliana, in what was to be her final public appearance, wore a black dotted hairnet with black large black bow. 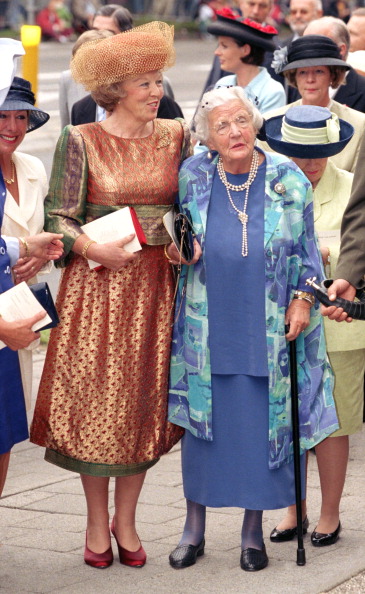 Archduchess Marie-Astrid of Austria wore a taupey-pink straw picture hat with slightly upturned brim and pink flower and ribbon trim (below, top left). Princess Maria Carolina of Bourbon-Parma wore a rusty straw hat with monochrome bloom on the side (below, center right). 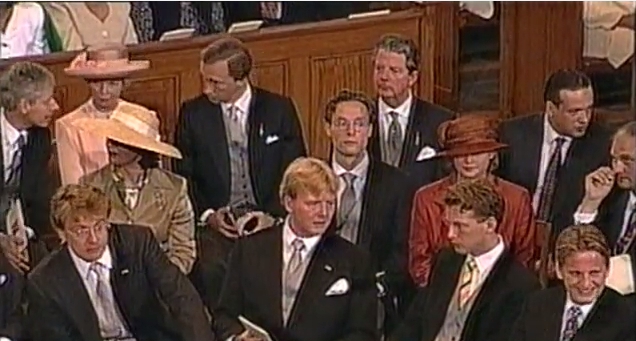 Princess Margaretha of Liechtenstein wore a cream hat with squared crown and wide, upturned brim (top left, just above the bride). Princess Christina of the Netherlands wore a navy straw hat in a similar shape with a wide, upturned brim. This hat was trimmed with a lime green sash around the crown to match her suit – this colour combination was the most lovely of contrasts (front right, beside her sister Princess Margriet). 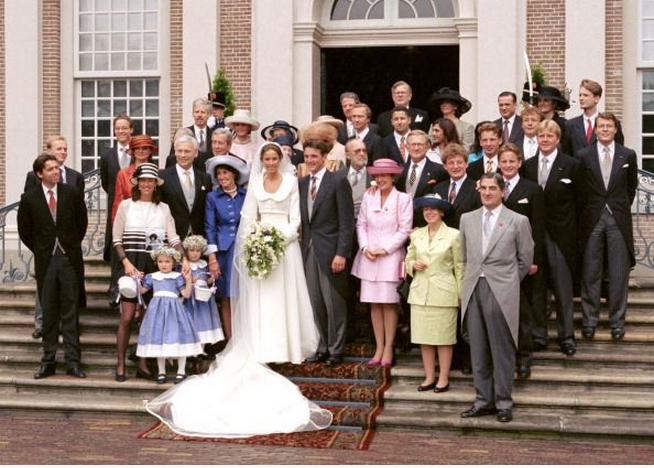 While the past sixteen years has brought many changes to millinery fashion, there are a number of hats at this wedding with classic shapes that have stood the test of time. Which one of these royal hats is your favourite?