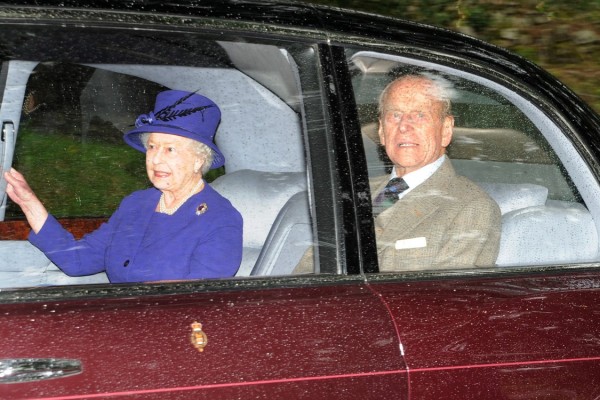 Designer: unknown.
Previously Worn: I think this might be new

Princess Eugenie accompanied her grandparents to church in a dark grey wool beret trimmed with feathers. We’re going to have to wait for another outing of this hat to catch a better look.

Designer: unknown. I thought it might be Sarah Cant but confirmed it is not.
Previously Worn: I believe this is a new hat

The Duchess of Cornwall repeated a simple cream straw hat with rolled, diagonal brim. While this hat does not pack the visual punch that Camilla’s regular large picture hats do, the shape of the brim frames her face in a very pretty way. I think it is an excellent informal hat for her.

What did you think of this trio of British royal hats at church today? And, do you think Queen Elizabeth’s purple hat is a new one, or a remodeled hat we have seen before?

16 thoughts on “British Royals Attend at Church in Scotland”