King Willem-Alexander awarded the Military Order of William to Major Gijs Tuinman during a ceremony in The Hague today. Queen Máxima joined to watch the event, dressed in a new oyster velvet turban hat. We have not seen her in a true turban for a long while and I suspect the choice of this hat today was more about function (keeping warm on a blustery day) than about appearance. We can’t totally dismiss aesthetics, however, and I thought this hat coordinated very well with Máxima’s neutral ensemble. For a winter hat, I think this turban is great. What do you think? 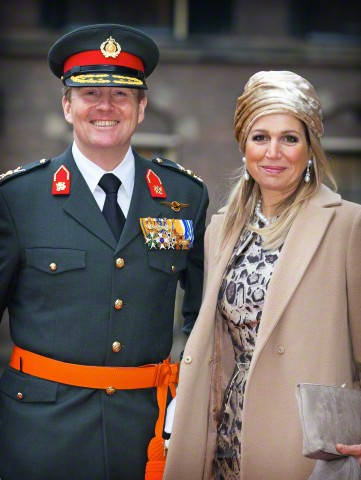 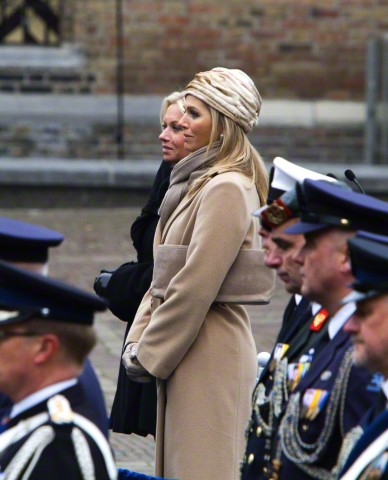