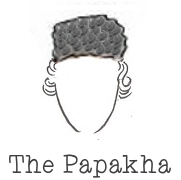 When Prince El Hassan bin Talal of Jordan wore a grey Karakul fur papakha hat to the funeral of the Duke of Wellington last week, a number of you asked for further explanation on this hat style.

History: The papakha has been worn by men throughout the Caucasus region for several centuries. Following several campaigns in the Caucasus mountains in the mid nineteenth century, the Russian army adopted the papakha for Cossack soldier’s uniform in 1855 and for the entire army around 1870. After the Russian Revolution in 1917, papakhi were removed from the new Red Army uniform because of their association with the old Tsarist regime. When they returned to the uniform in 1935, it was in a high-ranking capacity for just colonels, generals and marshals. In 1994, the papakha was deemed insufficient for cold Russian winters (where wind and snow drops temperatures far lower than in the mild Caucasus) and were dropped from the uniform again.

Characteristics:  A papakha is a tall, cylinder hat made of fur, faux fur or wool that resembles a a tall, fur pillbox hat (A papakha shaped like a triangle with a peak at the top of the hat is known as a Karakul. The Karakul hat is common in Pakistan, Afghanistan and in other parts of central Asia.)  While papakhi are usually made of karakul sheep wool, any fur can be used –  royal papakhi are often mink. The papakha is worn straight on the head so that the bottom of the brim just touches the temples. While traditionally a male hat, we see papakha hats today on more royal women and these female royal winter hats are usually made on a larger scale than a true papakha.

Royals Associated with this Hat Style: European royals who live in cold climates. While a few younger royals have sported a papakha, it is a hat most often worn by the older crowd. 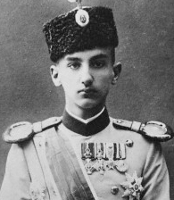 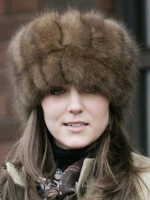 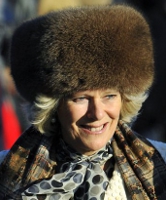 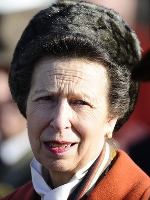 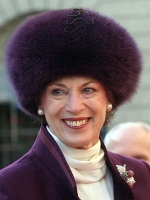 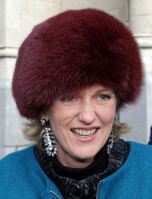 The papakha is a rather regal royal winter hat, perhaps because of its association with Russian Imperial times. I think, however, the scale is what is most important about this hat- too big and the wearer looks to be wearing a wild animal, too small, and the wearer looks to be wearing a ski cap. Controversy about fur aside, I think this hat is best left to Scandinavian queens to wear on the coldest of winter days (and best kept away from coloured dyes). What do you think about the papakha hat?

26 thoughts on “Hat Types: The Papakha”