Princess Beatrix of the Netherlands was in Berlin this morning to attend a memorial of former German President Richard von Weizsaecker who passed away in late January. For this tribute, she wore a large black straw hat with double rolled bumper brim. The hat`s only trim was a pointed straw band that wrapped around the outer brim. Paired with her fur trimmed cape and pearl jewellery, Princess Beatrix looked characteristically dignified and elegant. 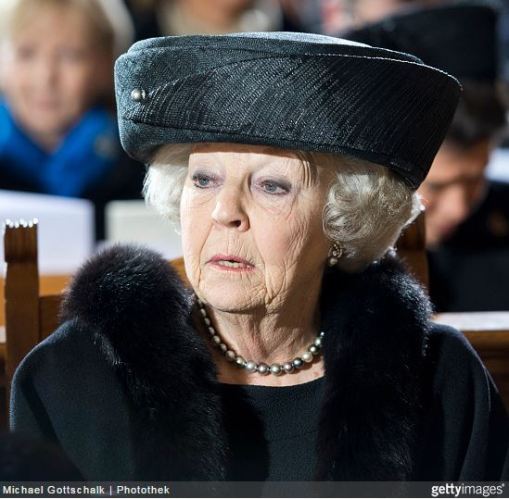 Photos from Getty as indicated. Click on each photo to link with the original source.

15 thoughts on “Princess Beatrix At Memorial of German President”