Throughout its six month duration, Expo 2015 in Milan will spend one special day highlighting each of the 145 participating nations. Today was Belgium’s turn and Queen Mathilde travelled to Italy to tour her nation’s pavillion and join in celebrating all things Belgian. For this visit, Mathilde topped an elegant pleated dove grey dress and coat with a new rounded pillbox in the same shade. The straw hat followed the sleek, clean lines of the coat and dress and was trimmed simply with a knotted twist at the back from which two ribbon tails wrapped up the side of the hat. While the ensemble is very elegant, I think a pop of colour from a shoe, bag or jewel (something larger than the odd insect pin) would bring it to life. I’m afraid it’s a little boring and one-note as is. 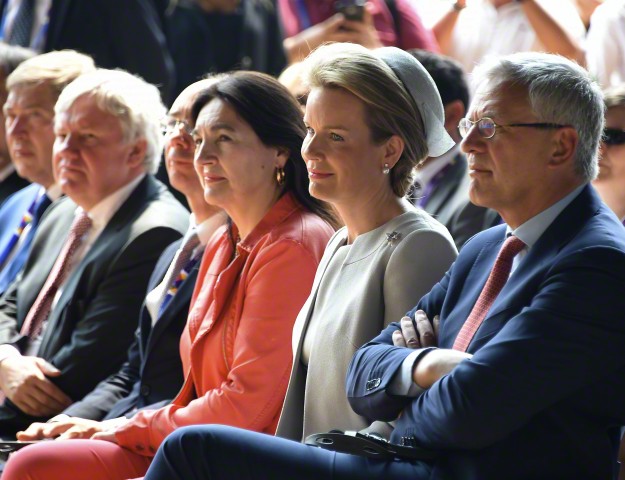