While I included links to some of the hats Zara Phillips Tindall sported last week while attending the Magic Millions races on the Gold Coast, they are so interesting I think that they are worthy of their own post. Thanks to reader FabulousBubbles who linked to design information via Rosemary Pantling who styled Zara for the event.

The first hat Zara wore is this straw cocktail hat in a raised teardrop shape. Clearly designed to compliment her striped dress, the hat is rimmed in black and trimmed with a pouf of coloured silk bow loops. While I think I would prefer the  base in a warmer tone of natural straw, it’s a very fun hat not for the faint of heart. 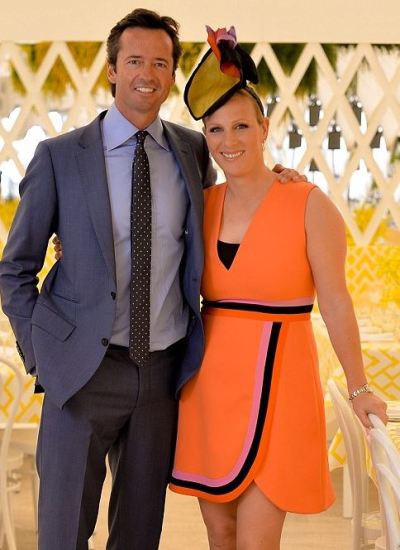 The second hat Zara wire was this beret-based cocktail hat in navy straw. This hat is all about the trim and the placement of navy and coffee coloured feathers gives such a grand sense of movement to what is a fairly small hat. This movement is echoed in the pattern of Zara’s dress and the two pieces go wonderfully together. 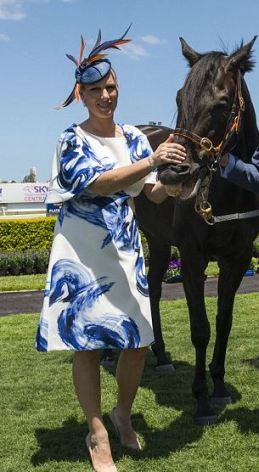 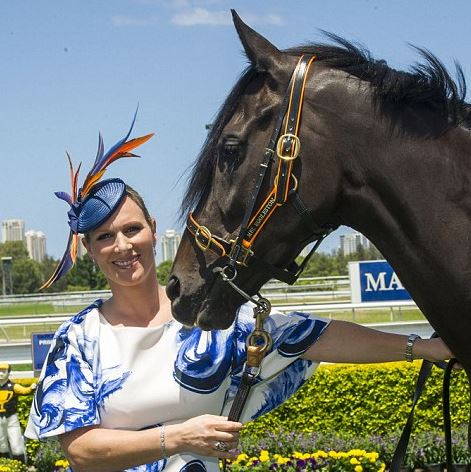 Finally, Zara topped her fantastic black blue and gold abstract paisley dress with a wonderful blue percher hat in roughly woven straw. I adore the braided detail around the edge of the piece and the way the dress and hat are linked through the textural quality of both. The shape on this piece is certainly a modern one but it’s really wonderful on Zara and I think she wears it beautifully.