When Crown Princess Mary wore her pale beigey-pink calot to open a hospital last month,  we were able to catch a good look of the moulded shape of the hat, which sweeps to a gentle teardop point at the back. I suspect the hat came off the same block in Susanne Juul’s studio that was used for the black felt calot Mary has worn often since its introduction in late 2011. 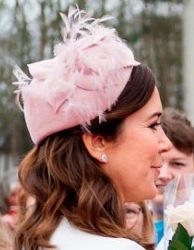 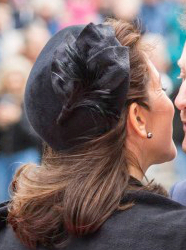 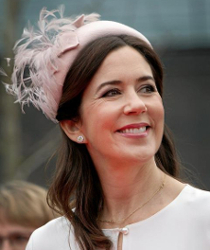 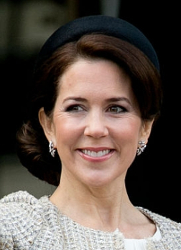 While many doubles of the same style in a royal’s millinery closet is perplexing, this double makes sense to me. When you find a hat in a neutral shade that works so well it becomes a go-to staple, why not add it in another neutral colour?

A deeper search through Mary’s millinery closet shows another, even earlier pair of calots, both in straw with side bow trim that I suspect also came off this block: 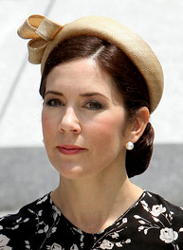 Crown Princess Mary’s hat wardrobe is not overly extensive so four hats off the same block is something of note. I find it fascinating, however, to see how the differing materials, colours and trims give each hat a distinctive look. Yes, the shapes are very similar but the finishing of each hat is unique enough to leave each standiing on their own. If you’re going to order the same shapes from the same designer, this, I think, is a master class in how to do it well.

What do you think of this quartet of hats?