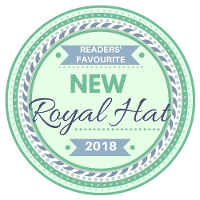 After looking at the impressive group of repeated non-Ascot royal hats worn during the month of June,  we turn our focus now  to the month’s new designs. Between Epsom, Trooping the Colour, Luxembourg National Day, weddings, a christening and normal engagements, there were fifteen new hats that stood out.  It is now time to take a closer look at this group of boater, saucer, percher, bandeau, sidesweep, stovepipe, saddle and folded headpiece designs and choose two (or three?!) to put forward as finalists as Readers’ Favourite New Royal Hat of 2018.

Please click on each photo or caption to link back to original feature posts with additional views, information and discussion on each hat. Here are these seven finalists for January and February, shown in the order they were worn:
1. 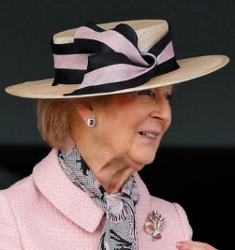 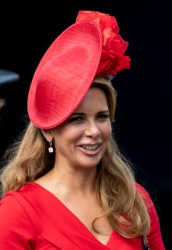 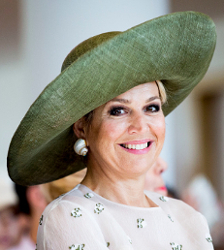 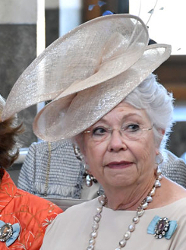 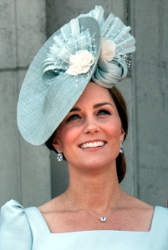 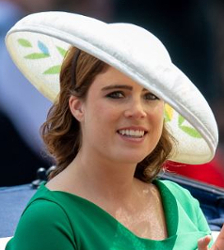 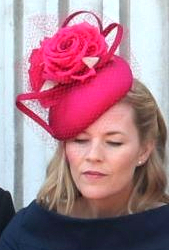 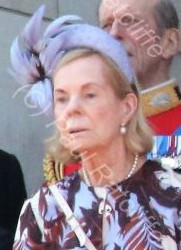 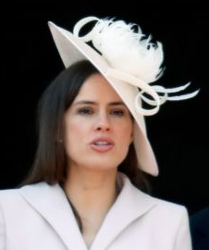 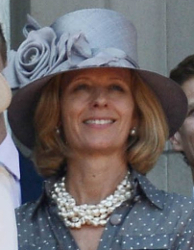 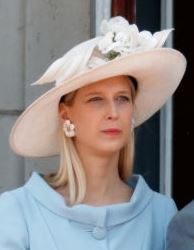 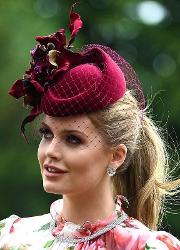 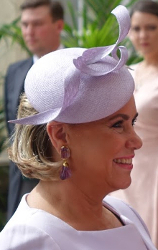 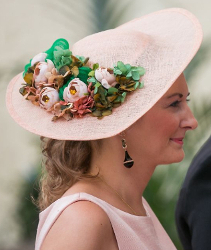