Queen Margrethe and Prince Henrik of Denmark opened the Maritime Museum in Helsingør yesterday. Margrethe repeated one of our favourites- her turquoise blue porkpie hat with curved brim. I love that she cheekily chose a blue hat and suit to open a maritime museum! You’ve got to love a royal hat wearer with both a sense of occasion and a sense of humour. 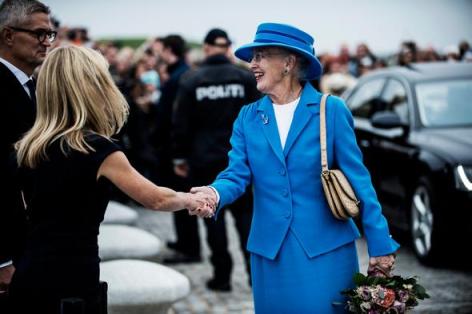