Queen Elizabeth and the Duke of Edinburgh visited the National Theatre in London today. The Queen debuted another new outfit and hat (gasp!), this one in vibrant magenta. The shape of this straw hat- a flat crown with a small brim that turns up on one side and down on the other- is interesting enough but what sets this hat apart is the trim. I really love the braided straw band around the brim (which also covers the upper part of the brim) and while a large spray of magenta feathers and a modern rolled straw calla lily bloom sounds like a lot of embellishment for one hat, it somehow works. It’s a bold look and a LOT of pink but somehow, The Queen still wears the whole ensemble (instead of it wearing her). She also does the impossible- upstaging the theatre folks in their own environment. I can’t wait to hear what you all think of this new hat! 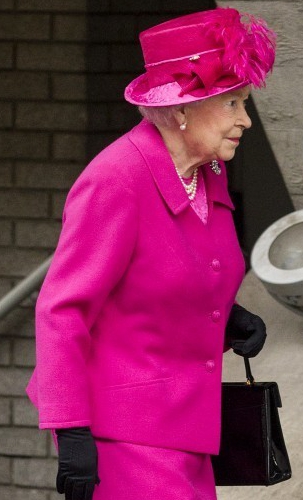 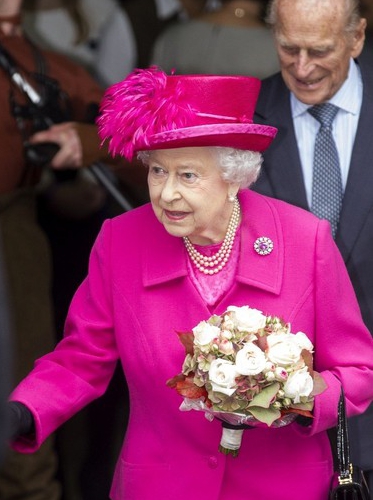 Photos from Bauer Griffin via Zimbio

17 thoughts on “Upstaging the Theatre Folk”