King Willem Alexander and Queen Máxima of the Netherlands welcomed King Philippe and Queen Mathilde of Belgium for a visit today (as is customary for a new king and queen to pay a visit to their more senior colleagues). After touring the Hague, the Belgian couple were guests for lunch at in Noordeinde Palace.

Queen Máxima wore a large rounded navy pillbox. While this was an unusually simple hat for her, it was offset by the rather dramatic (and unattractive, if you ask me), navy bow on her dress. 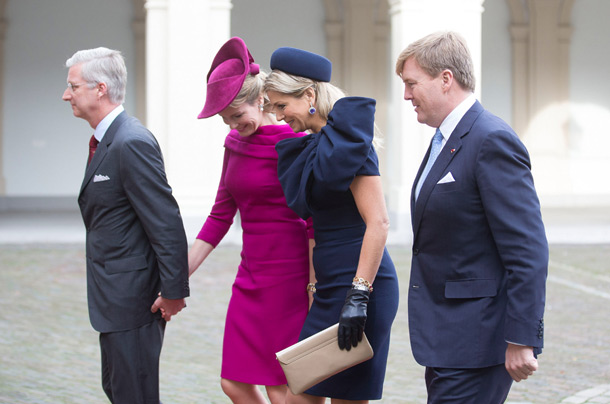 Queen Mathilde continued her streak of enviable statement hats with this wave-shaped hat in bright magenta wool felt. A great scale and shape on Mathilde, my only quibble here is the bow on the back of the hat, which is a little sloppy 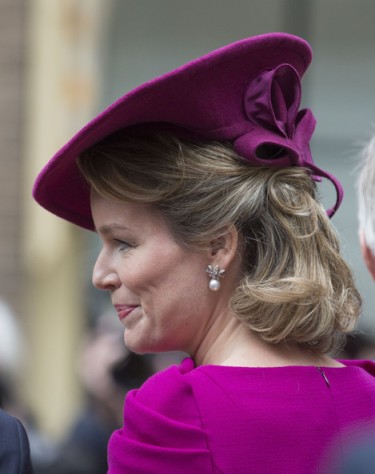 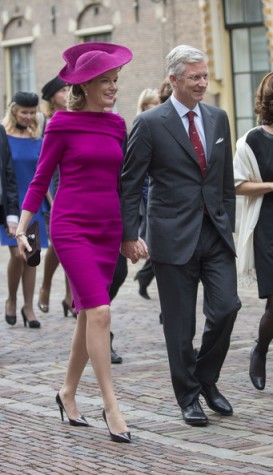 It looks like a very enjoyable visit was hat by all. Now – what did you think of the hats?