Members of the Belgian Royal Family attended an annual Mass at Église Notre-Dame in Laeken, Belgium yesterday to commemorate the lives of deceased Royal Family members. Queen Mathilde wore a new chocolate brown felt calot style hat with a large spray of leaves on the side. This is not a colour we have seen her wear very often and I thought it was a great millinery look for her 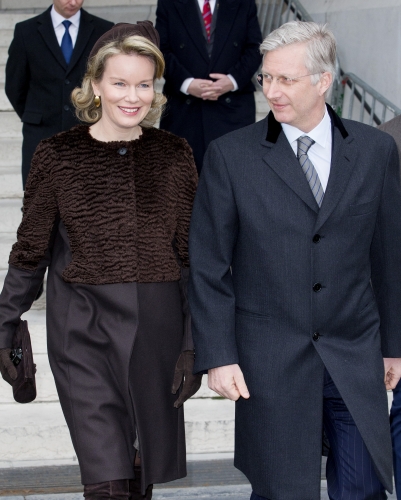 Queen Paola wore a tall classic black rounded pillbox hat. The way she wore this new hat, back on the crown of her head, allowed her white hair to create the most marvelous contrast with the hat and I thought she looked very, very chic. 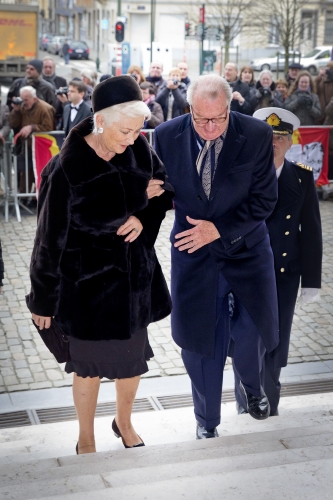 Princes Marie Esmeralda (younger half-sister of King Albert) wore a wide navy blue fabric headband was trimmed with a large medallion on the side. I suppose I like it, although I would have love it if it had been a full-blown pillbox hat. Princess Margaretha of Liechtenstein (niece of King Albert, the daughter of his sister Grand Duchess Josephine of Luxembourg) wore what looked to be a sedate, flat black pillbox.

Princess Léa (wife of King Albert’s late half-brother Prince Alexander) wore a wide headband in light brown fur. I am not usually a fan of headbands of any type but I must admit that this one, paired with a matching wrap and Léa’s flowing blonde hair, was ski-bunny glamour at its best.

Which one of these royal hats was your favourite? You might want to compare the hats worn at this same event last year.