Queen Margrethe and Prince Henrik attended a ceremony yesterday to commemorate the 150th anniversary of the Battle of Dybbol. For this event in Sonderborg, Denmark, Queen Margrethe repeated her oxblood brimless hat with rounded crown. I think yesterday’s photos have provided the best closeup view we have seen of the details of this hat and confirm that the black band on it is a faux snakeskin leather. This slightly edgy detail makes me like this hat even more. What do you think? 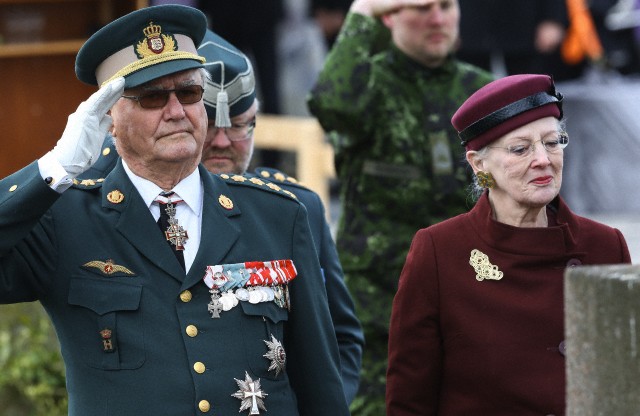 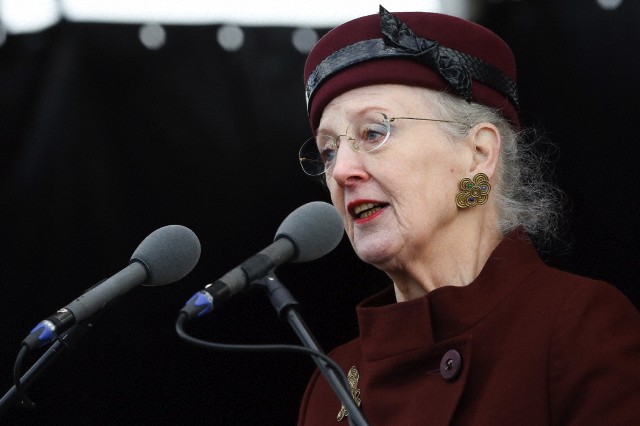 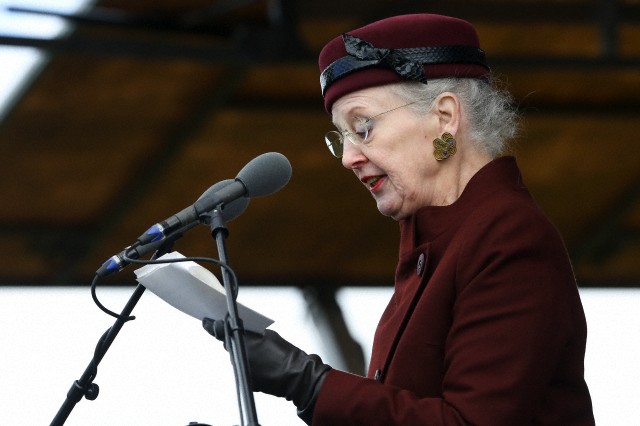