Emperor Akihito and Empress Michiko of Japan continued their visit to the Niigata Prefecture on the island of Honshu yesterday with visits to a rehabilitation center and the Kariyatagawa Disaster Prevention Park. The Empress repeated a petite dark slate blue disk hat trimmed with a large looped bow in the same fabric as her skirt. I am always happy to see Michiko in patterns or colour and to get both on the same day is a double win in my book. 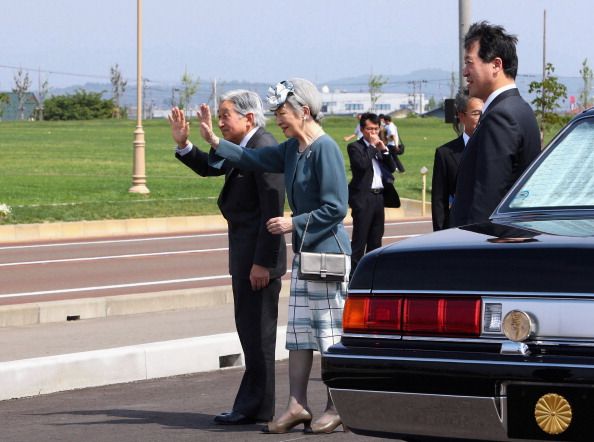 Photos from The Asahi Shimbun and The Asahi Sumbin via Getty; and Ann News

2 thoughts on “Imperial Couple Wrap Up Visit to Honshu”