Queen Margrethe of Denmark arrived in Germany yesterday for a two day tour that saw her view a Viking ship exhibit and visit the Brandenburg Gate. For events over these two days, Margrethe donned the same hat, changing out the band around the crown to coordinate with her outfits. We saw Margrethe take this same approach to hat wearing on her recent summer cruise in Denmark and seems an ingenious way to travel efficiently.

Viewing “The Viking” exhibition on the River Spree, September 9, 2014 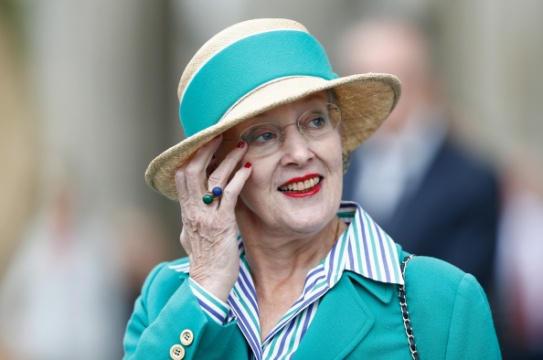 Photos from Pacific Press and Andreas Rentz via Getty

5 thoughts on “Danish Queen in Germany”