For the 65th anniversary of the Dutch Cancer Society in Amsterdam on Friday, Princess Beatrix repeated her gold straw brimless hat. This hat, which seemed to shimmer in certain light, was wrapped in a slightly offset wide band of straw and trimmed with a large, folded bow at the back. It feels like a hat we have seen Princess Beatrix wear many times yet surprisingly, this was just its second outing (to be fair, Princess Beatrix has numerous other hats in the same shape). It is not my favourite hat or colour on the princess but I do admire how it picked up the gold pattern in her brocade tunic- the two pieces are a perfect compliment, aren’t they? 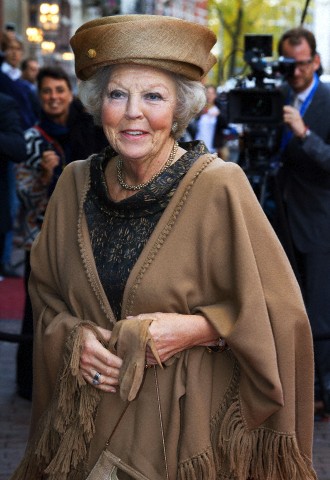 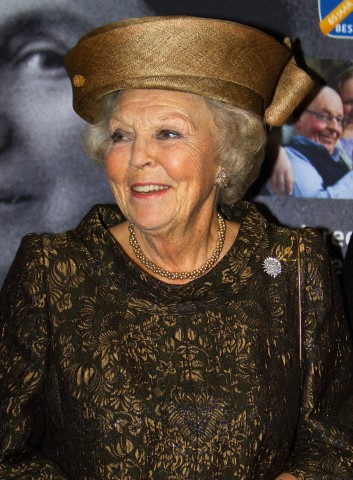