The Belgian Royal Family was joined by monarchs and representatives from numerous other royal houses for Queen Fabiola’s funeral today. Empress Michiko of Japan wore a petite black saucer hat that featured a flat fan bow and net tulle veil. 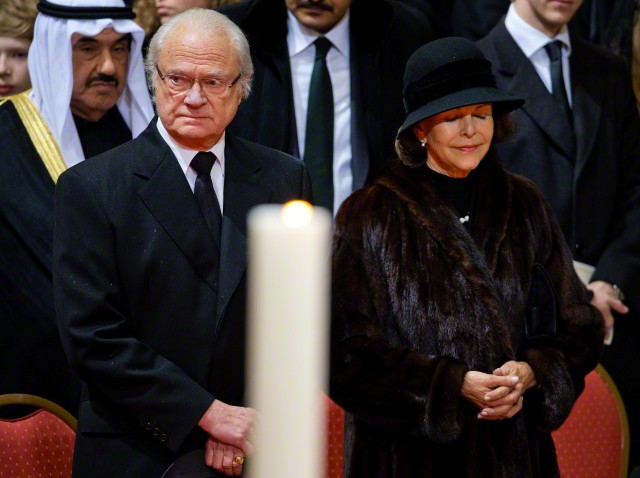 Queen Sofia of Spain wore a black pillbox which was covered in net tulle and wrapped with a band of black velvet around the outside of the hat.

Empress Farah of Iran wore a black silk pleated turban that was interlaced with strands of metallic black straw and trimmed with a loosely woven black straw rosette.

Princess Astrid of Norway, who accompanied King Harald, wore a black bumper hat. At first glance, I thought this hat and coat combination were made from the same Karakul fur but after a closer look, I believe they are made of textured wool.

And finally, the Duchess of Castro wore a black calot trimmed with a silk ruffle that spanned the side and back of the hat.

I think that includes all the royals who attended this event (please let me know if I missed anyone). The hats were all rather simple, but simple elegance is exactly what was required. Did any of these royal hats stand out to you today?

31 thoughts on “Funeral of Queen Fabiola”