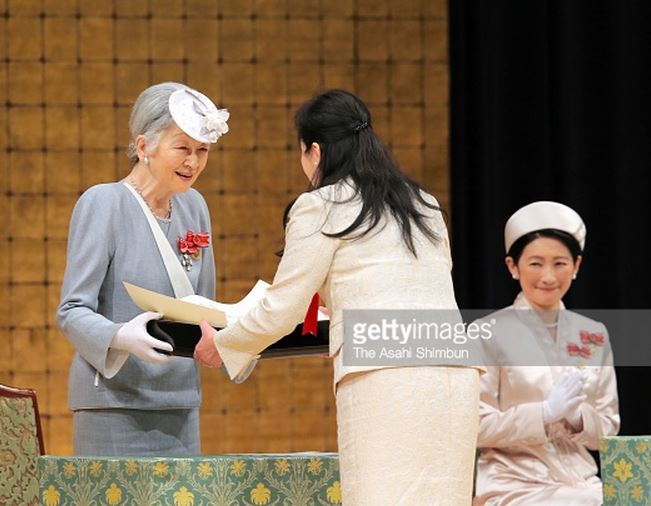 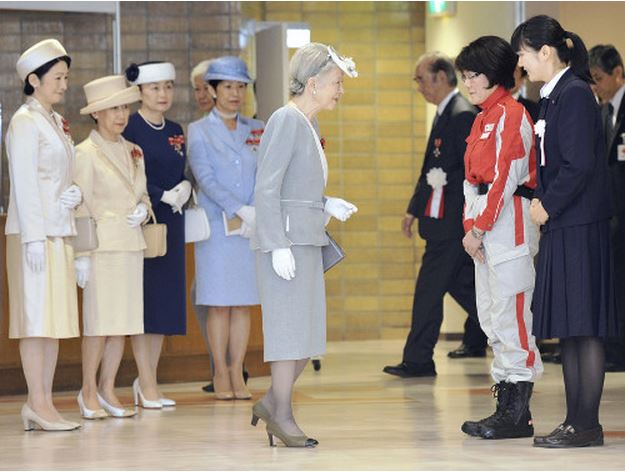 Princess Kiko wore a white silk rounded pillbox (it looks to be this one) and Princess Hanako repeated her smart ecru  hat with square crown and linear, upturned brim. Princess Nobuko wore a white pillbox with navy crown and side flower trim while Princess Hisako topped her elegant blue suit with a small hat in the same shade that looks to be sporting a stylish, Trilby-esque brim. In 2015 we have seen the Imperial royal ladies step out in some in some more interesting hats than we have seen in years past and I’m so pleased to see this trend continue.

Photos from Yomiuri and Getty as indicated