This week marked the first anniversary since the passing of Prince Katsura. On Monday, members of the Japanese royal family gathered at the Imperial Cemetary in Tokyo to take part in a memorial service. The Imperial princesses paid respect in mourning dress with veiled black pillbox and bumper hats. 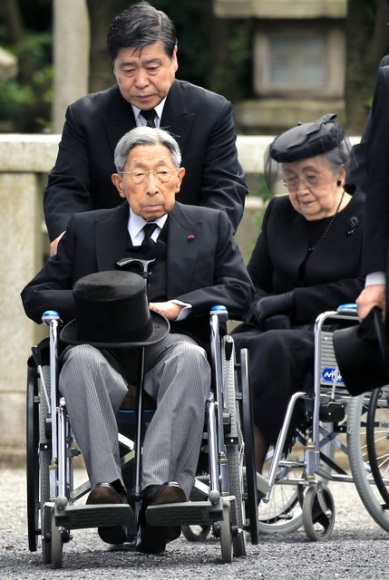 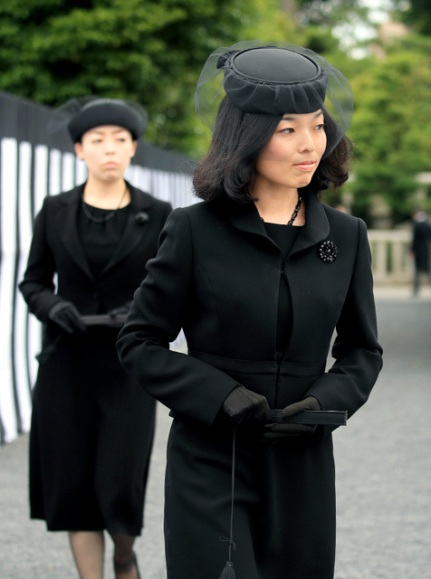 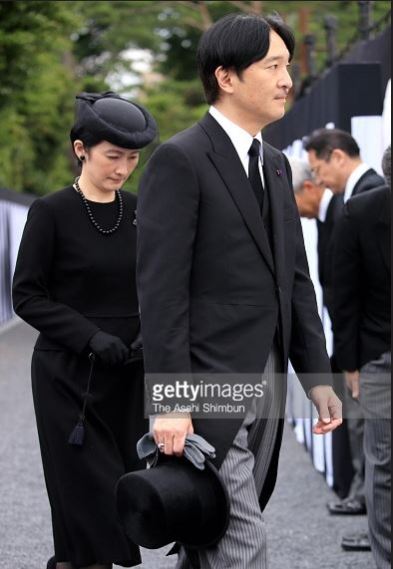 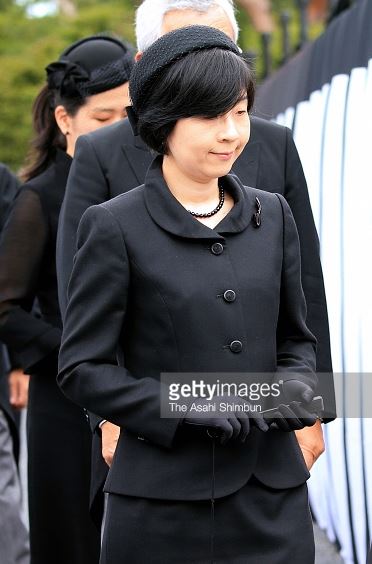 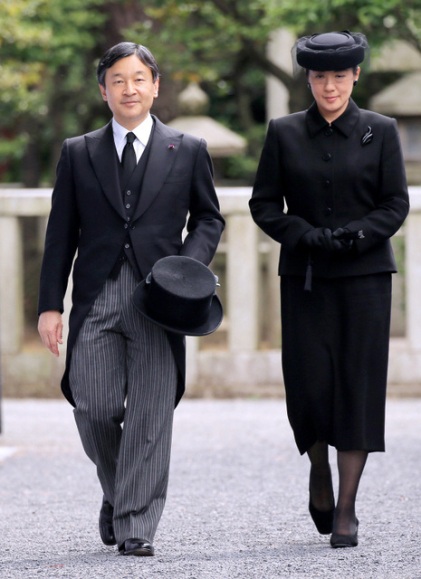 Yesterday, Princess Akiko, who acted as chief mourner at her uncle’s funeral last year, was joined by the Emperor and Empress for a visit to Prince Katsura’s tomb inside the Imperial Cemetery. For this traditional visit, Princess Akiko repeated a black silk pillbox hat with a blusher-length veil.

Photos from Asahi; Jiji; Sankei; and Getty as indicated