When Princess Alexandra appeared at the Epsom races this year in a turquoise blue hat and matching jacket, I had a strong sense that I had seen the asymmetrically brimmed piece before. The elegant princess has two hats, both in blue, both with a similar shape and both trimmed with a swath of net tulle.

At a closer look, the brim on the darker blue hat is slightly smaller, the net tulle trim is more tightly woven, and most obviously, the piece is trimmed with curling feathers instead of a bow. Despite these differences, the hats are very similar (as are the coats designed to accompany them). 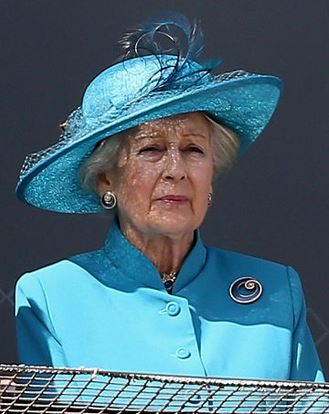 I am intrigued about the rationale behind such similar pieces, particularly when they are in such a similar colour! Perhaps the princess was presented with two swatches of beautiful blue fabric and, unable to choose between them, opted for both?

Photos from Getty as indicated; WPA Pool and Chris Jackson via Getty