Members of Imperial Family gathered at the Imperial Palace today to celebrate the Emperor’s birthday. For their annual appearance on the balcony, the princesses of the family all sported brimless hats. 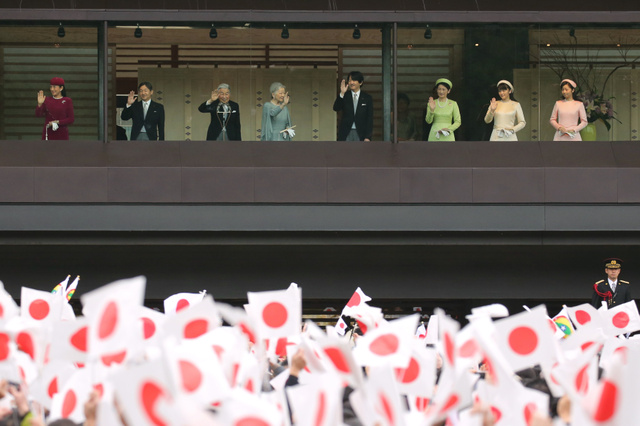 Crown Princess Masako wowed in a cranberry velvet beaded cocktail hat that she has not worn since 1999! After hoping she would bring it out again, I am thrilled to see the vibrant 1940s styled piece again. It’s a beautiful colour on her and it’s great fun to see an Imperial royal hat with a bit of sparkle. 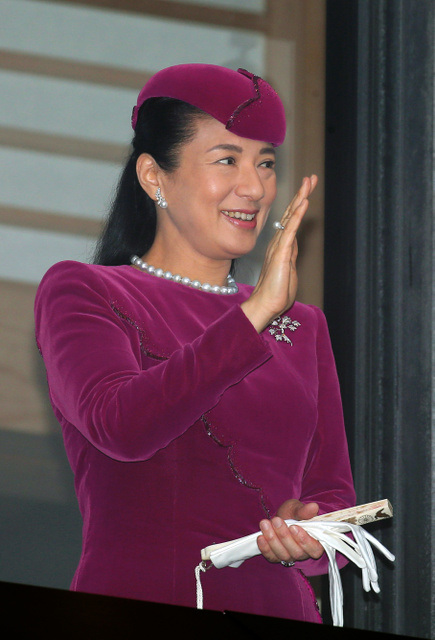 Princess Kiko wore a citrus green silk covered hat with bumper brim and rounded crown (I think it is the same hat she wore earlier this year).

Princess Mako and Princess Kako followed their mother’s lead in a pair of pale gold and pink bumper hats. Both hats are covered in the same patterned silk as the princess’ gowns and decorated with demure bow and floral trims. While conservative in style, the colour makes for a lovely contrast with the young princess’ dark hair. 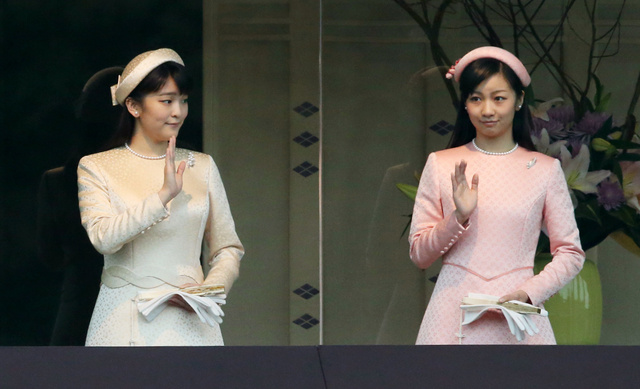 It is always lovely to see the Imperial family together. I was thrilled to see Crown Princess Masako in a vibrant hat- which one stood out as your favourite?

Photos from Asahi and Aflo/Splash News via Corbis