The Imperial Emperor and Empress continued their visit to the Philippines today, taking in Japanese language classes and visiting a WWII war memorial. Empress Michiko sported two hats over the course of the day, the first a repeated denim blue saucer with gold origami bow. The high contrast punch of this piece puts in among my favourite of Michiko’s hats. 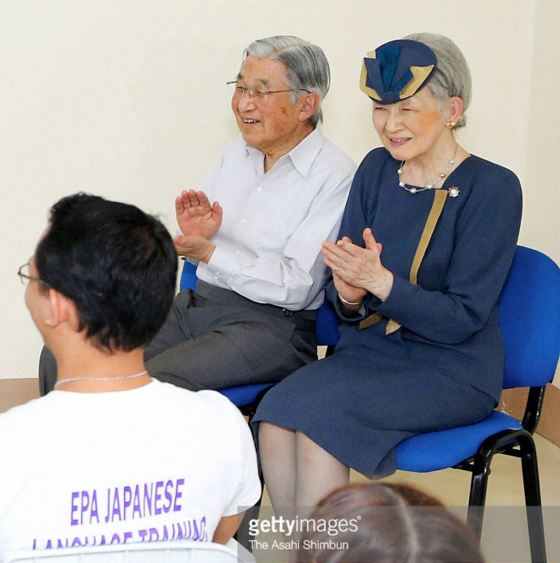 Second, Empress Michiko wore a new white disc hat. The petite piece is trimmed with a large bow in the same blue-grey fabric as her suit and topped with a sprig of white silk flowers. While this hat is more subdued (and less to my liking), these photos give us a great view of how Michiko anchors her small hats to her head. You’ll notice a hidden system of elastic that extends around her chignon which is anchored with a hairpin near the hat over her left temple. The bottom photo also reveals a white hat pin  tucked just under the hat.