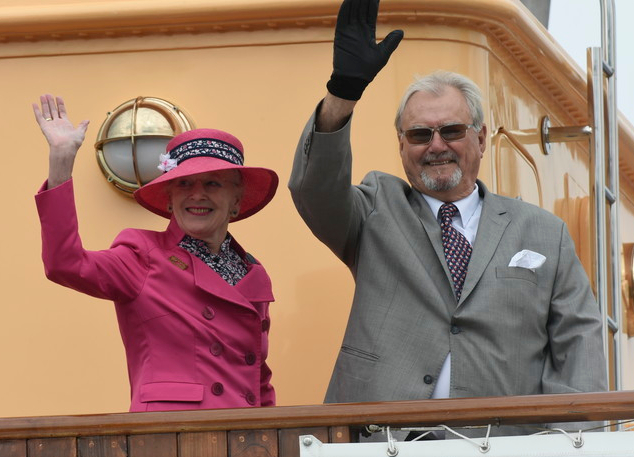 We have seen this hat on Margrethe a few times but it’s still a lovely one on her, don’t you agree?

Photo from Kim Haugaard/Scanpix via the Danish Monarchy