In a modified calot shape (the back did not completely cover the crown of Silvia’s head), this design is entirely covered in silk hydrangea blossoms that cascade down onto the shoulders of her coordinating jacket. While the hat has a decidedly 1960s vibe to it (reminiscent of other past royal hats here and here), the flowers lend wonderful texture and celebratory feel to this piece, which is a beautiful colour on Queen Silvia. 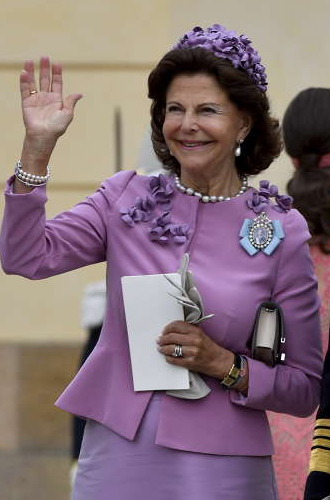 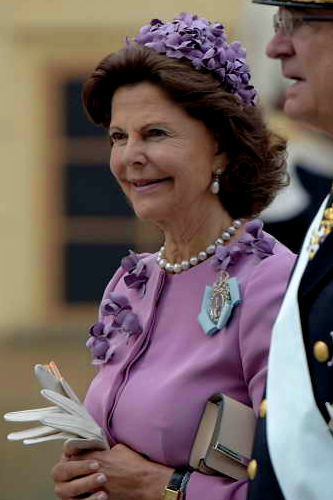 Crown Princess Victoria topped her coral pink Elie Saab dress with a custom bowed headband made of the same lace. Any more use of lace on the headpiece would have been complete overkill but… this headpiece left me wanting more. I think this is another case where a neural straw percher could have done a lot to lift this all-lace ensemble and provide some much needed textural contrast. 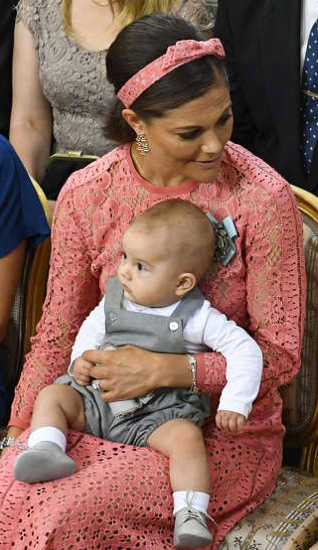 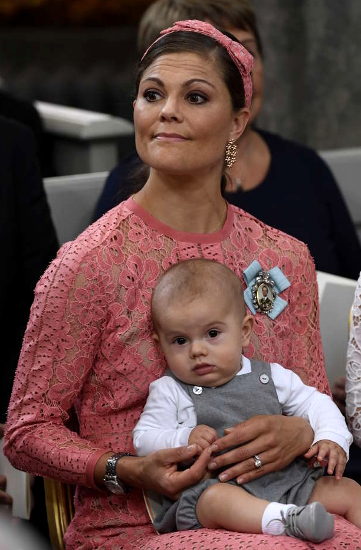 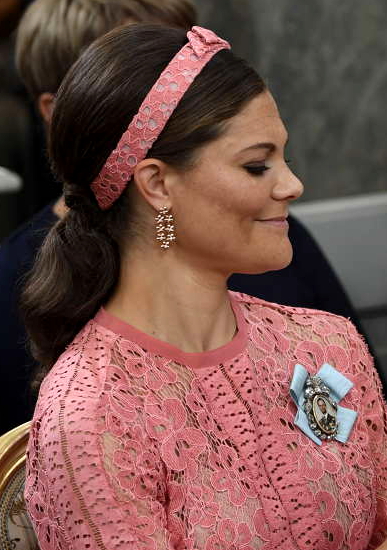 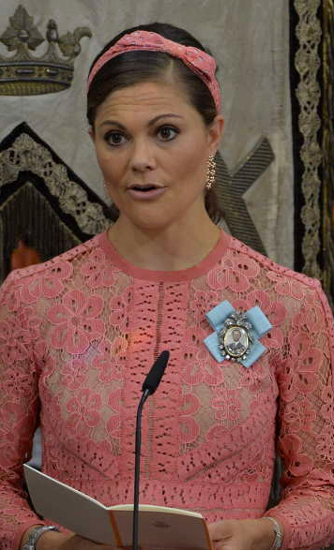 While this headpiece fell completely flat for me, my heart was warmed by the matched hues of Victoria and Estelle’s frocks. So very sweet.

Princess Madeleine topped her blue floral Erdem dress with a stylised double bow headpiece in navy and sky blue. The pointed shape of the bows saves the bow from saccharine cutesey-ness (barely) and the piece works well with Madeleine’s chignon hairstyle. I’m not a great fan of the piece but at an event that saw almost no real hats, it held its own. 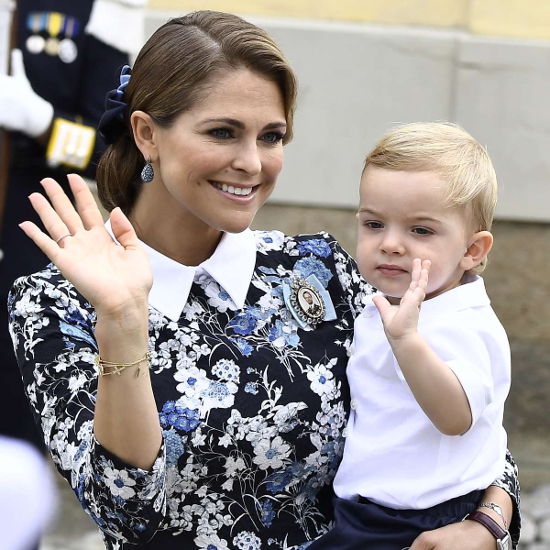 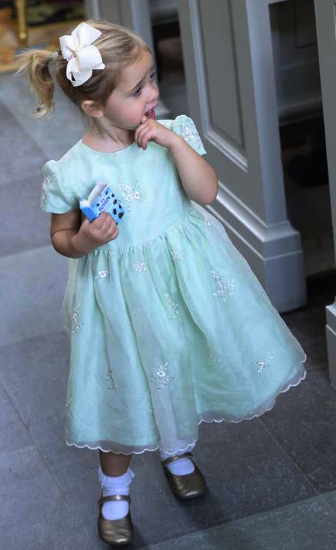 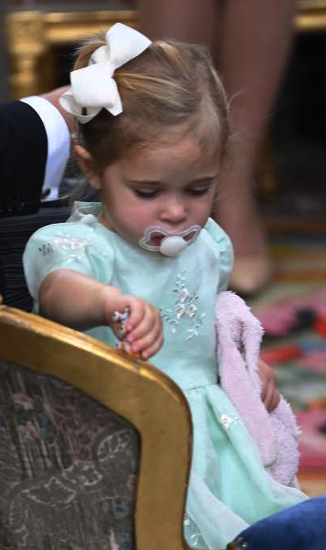 Embed from Getty Images
Designer: I suspect Livly
Princess Sofia’s mother Marie matched her pink lace dress to a fascinator of straw leaves and feathers in the same hue. 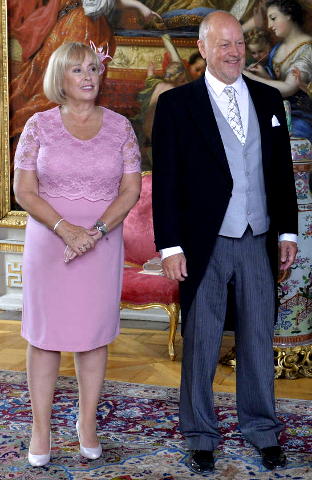 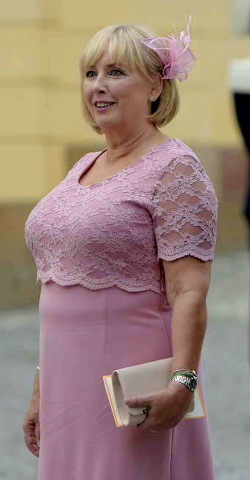 Sofia’s sister, Lina Frejd, who was named as one of Prince Alexander’s godparents, topped her chic blue dress with a ruffled floral fascinator in pale grey, pinned to the back of her hair. Sofia’s other sister, Sara, wore a navy triple bow fascinator anchored to a headband. At an event with such pared-back millinery, the pieces worn by Hellqvist family members fit right in. 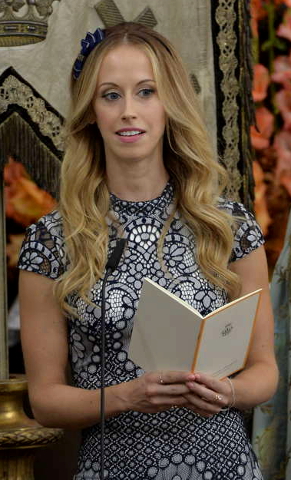 All in all, I’m afraid today’s royal millinery in Sweden was disappointing for me. My favourite piece here is Queen Silvia’s hat simply because it’s the only thing that comes close to being an actual hat. What are your impressions of the hats worn by the Queen and Swedish princesses today?