As we continue building royal hat wardrobe inventories, today we’re going to peek in the closet of Princess Mary of Denmark for a look at all of the black hats she has worn. Here they are, in the order they were introduced: 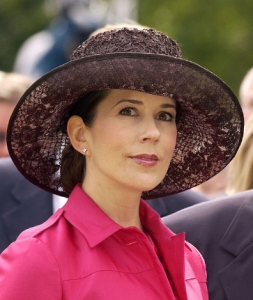 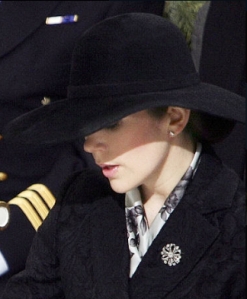 Since this post was published, Princess Mary has added the following black hats:

I suspect the first three hats in this list are long retired, leaving four in current circulation. Numbers 4 and 5 are the workhorses as their streamlined designs fit in beautifully at the most sombre of events (and the recent addition of some new trim on calot #5 seems to have given it a new lease on life). Number 7 stormed onto the scene this year, easily claiming our pick for favourite new royal hat in May. The scale and exuberant shape of this piece sets it apart from Mary’s other black hats and it will be interesting to see how it is repeated in the future.

What designs stand out to you here, most?