Last Friday, Princess Yuriko of Mikasa attended a service at Toshimagaoka Imperial Cemetery in Tokyo to commemorate the 1st anniversary of the death of her late husband, Prince Takahito. For this memorial, she wore a veiled black bumper hat. 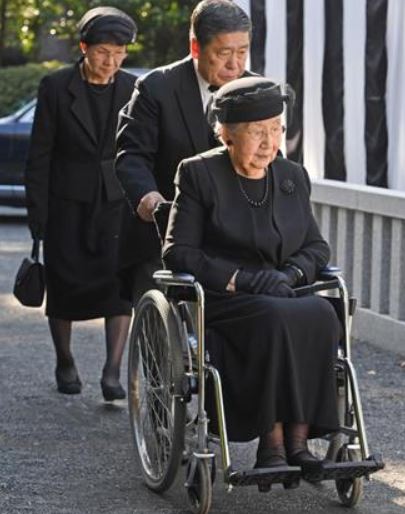 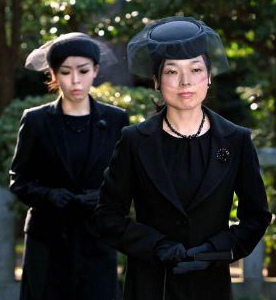 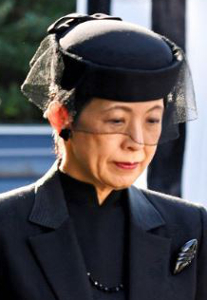 On October 29, Princess Akiko braved the rain in a repeated a white pillbox hat for the enshrinement of Prince Mikasa’s spirit at the Imperial Palace.

Over the weekend, Emperor Akihito and Empress Michiko visited Fukuoka and Oita Prefectures. For a visit to a robotics innovation center on Saturday in Kitakyushu City, the Empress wore a large white (or cream? oyster?) domed saucer trimmed with a large bow that looked to be embroidered in a lattice pattern with metallic thread.

The focus of the visit, the 37th National Meeting for the Healthy Ocean, took place Sunday in Munakata City. Empress Michiko wore a smaller scale saucer in pale bluey-grey trimmed with a multi-looped silk bow that circled around the left side of the design. The sheen of the silk bow gave a bit of contrast to the hat, which was, I suspect, covered in the same fabric as Michiko’s suit and caped jacket. The shade of blue is more becoming on her than the dull grey we often see her wear. 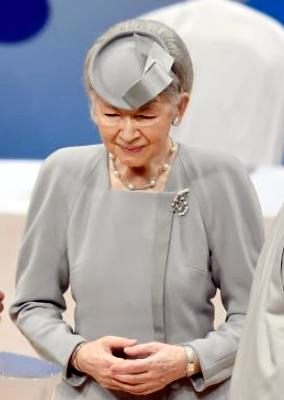 The visit concluded yesterday with a stop in Kitakyushu Eco-Town Center. Empress Michiko repeated a familiar hat for this leg of the visit, a denim blue saucer trimmed with an angular, flat folded blue and gold bow. 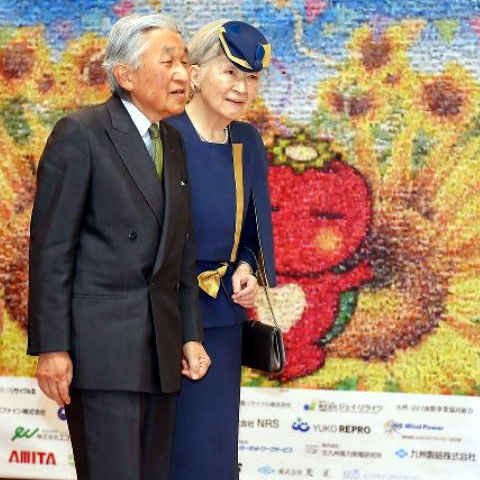 Designer: unknown. Likely Akio Hirata
Previously Worn: Oct 26; 2016; Sep 28, 2016; Jan 29, 2016; Oct 30, 2015; May 21, 2015; Apr 9, 2015
The last hat has made seven appearances during the past two years, leading me to wonder if the Empress’ larger saucer hats (like the first one) are repeated with interchangeable trims to coordinate with her attire. I seldom see them repeated as much as the blue hat… but perhaps, it is simply a favourite. What do you think of this group of hats?
Photos from Sankei; Asahi, Asahi and Asahi via Getty; Jiji; Asahi; Asahi; Kyodo News, Kyodo News and Kyodo News via Getty; Sankei, Mainichi and Asahi