Also on Thursday, Prince Harry was in uniform to preside over the annual Founder’s Day Parade at the Royal Hospital Chelsea (a retirement and nursing home for former members of the British Army). Royal Hospital residents, known as Chelsea Pensioners, wore their distinctive tri-corn hats.
Embed from Getty Images
Embed from Getty Images
On Thursday, Emperor Emeritus Akihito and Empress Emerita Michiko conducted rites related to the abdication at the Musashi Imperial Graveyard in Tokyo. The empress emerita repeated a slate grey veiled saucer with knotted bow.

On June 8th, the Imperial family and relatives attended the 5th anniversary memorial ceremony for Prince Katsura (Yoshihito) at Toshimagaoka Cemetery in Tokyo.

On June 8th, the Imperial family and relatives attended the 5th anniversary memorial ceremony for Prince Katsura (Yoshihito) at Toshimagaoka Cemetery in Tokyo.

The Duke of Edinburgh celebrates an incredible 98th birthday today and I’m sure you join me in wishing him the happiest of birthdays.
Embed from Getty Images
And finally, Royal Ascot is only a week away…

Tatiana Santo Domingo’s fair trade fashion line “Muzungu Sisters” showed a collection at Monaco Fashion Week 2017 yesterday. She wore an interesting headpiece from the collection to a related event Thursday night where she was joined by her husband and sisters-in-law Beatrice Borromeo and Princess Alexandra. Bohemian royal tiara, anyone? 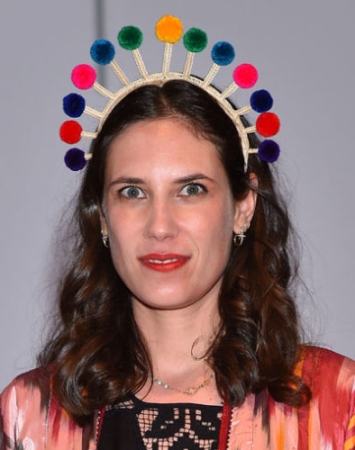 Infanta Elena in a pair of straw fedoras last week at the Global Champions Tour tournament in Madrid. She repeated these hats at bullfights on May 30 in Aranjuez with her children and June 1in Madrid with her father.

Embed from Getty Images
King Albert and Queen Paola in casual hats for their recent visit to the Basilica of Avioth in French Lorraine. We’ve not seen Queen Paola much this year following her back injury and it’s great to see her up and around.

Great snap of King Juan Carlos and King Felipe taken yesterday at the 300th anniversary of the Marine Guard Company in Marín. Both kings are former graduates of the naval academy and looked quite dapper in their summer naval whites.

Very excited to be at @Investec_Sport #derby for Derby Day @EpsomRacecourse thank you @FionaClareLond for the beautiful coat #couture pic.twitter.com/yzrIzGCEsf

Buckingham Palace released this short behind the scenes look at the preparations royal gardeners complete before each Garden Party.

Go behind the scenes at Buckingham Palace to see the gardeners prepare the garden for the annual Garden Parties. pic.twitter.com/aqj1jkyQjB

Princess Mako is visiting Bhutan this week- her meeting with the King and Queen yesterday yielded some lovely photographs (traditional dress is always so beautiful) and her vibrant blue outfit to open Japan week made me smile.

Finnaly Princess Mako attended the opening ceremony for 'Japan Week' at the Clock Tower in the Bhutanese capital Thimpu. pic.twitter.com/fD1a8QbFtl

New portraits of Crown Princess Victoria were released in connection of her 40th birthday this July 14th. pic.twitter.com/v62LENBAsw

Photos from social media as indicated and Semana

King Juan Carlos of Spain and the Princes of Asturias attended the biannual meeting of San Hermenegildo Order today in San Lorenzo de El Escori. Photos of this father and son, who were both dressed in military uniform with caps, were all the more poignant after King Juan Carlos’ abdication announcement yesterday. Prince Felipe, who stands 6 feet 5 inches tall, is going to make a very stately and distinguished king, isn’t he? 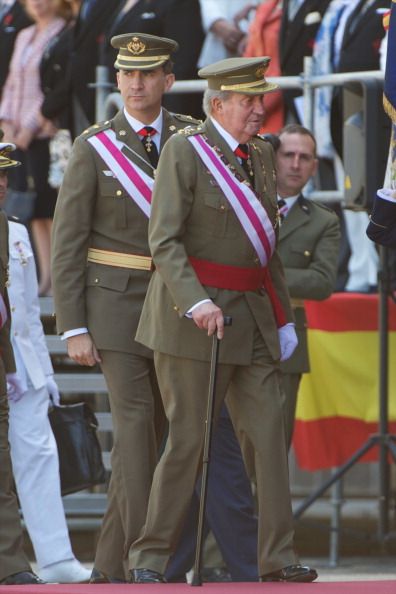