We do not hear much from the Romanian royals (they keep a rather low profile in the royal world) but this week, Crown Princess Margareta hosted a Garden Party at Elisabetha Palace in Bucharest. She wore an interesting mint green picture hat with wide, diagonal brim trimmed in lace appliqué by Kristina Dragomir. The hat was further trimmed with a spray of yellow and white flowers and feathers on the side. I am intrigued by the off centre crown and oval, instead of circular, brim because we don’t often see royal hats with oval brims. The colour also looks great on Margaretaa. 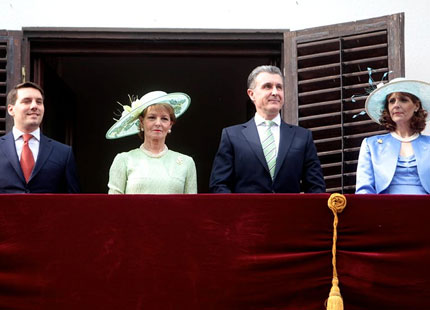 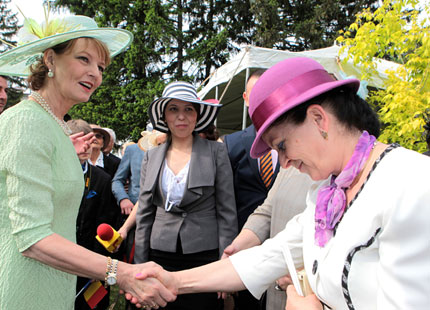 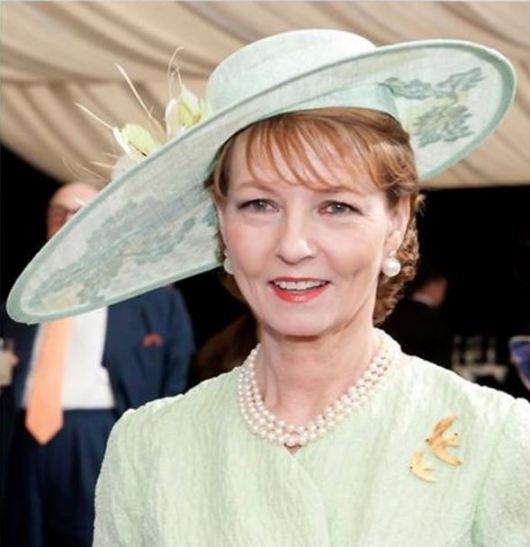 Crown Princess Margareta’s youngest sister, Princess Maria, also was in attendance. She wore a pale blue picture hat with a curved, upturned brim edged in grey straw with a spray of blue and white feathers on the side. Paired with a blue suit and pearls, the outfit was just right for a garden party. That is, if I can overlook the slightly mismatched shades of blue (I’m not sure that I can). What do you think of these sorbet hued hats in Romania? 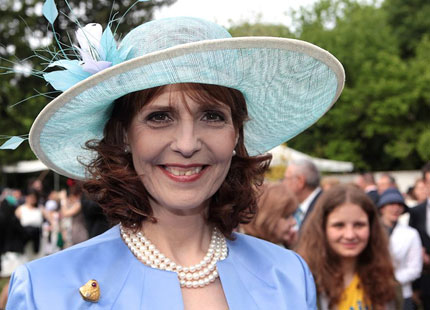 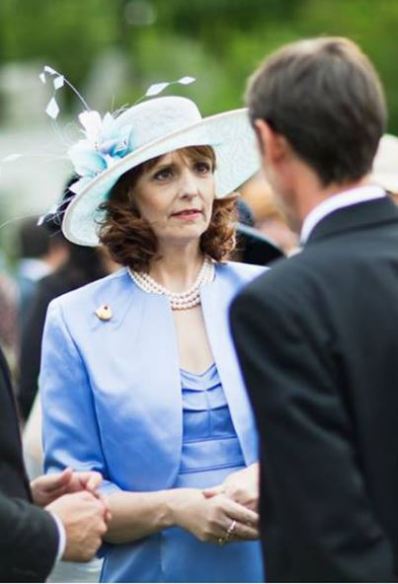 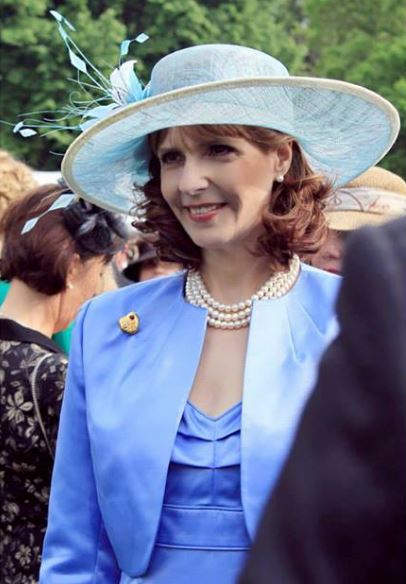