Queen Beatrix, Prince Willem-Alexander and Princess Máxima of the Netherlands have arrived in Brunei for a two-day state visit. For their arrival, Queen Beatrix wore a new dove grey straw hat with double raised bumper brim and a large flower on the side.I usually like Beatrix in hats that are brighter colours but the dove grey perfectly complimented her bright magenta dress. 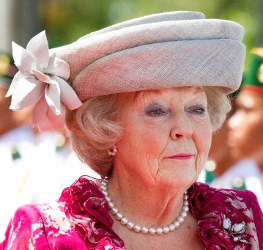 Máxima repeated the blush pink straw ruched turban she last wore in April 2011 for William and Kate’s wedding. While the colour was a little washed out, it was a great backdrop for those STUNNING emeralds! 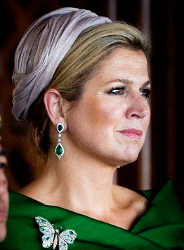 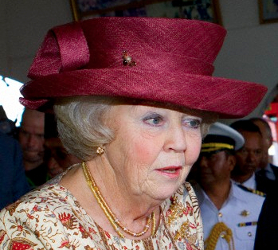 Máxima wore a large natural straw hat with upturned brim (the same one she wore on July 2, 2011 for the wedding of Prince Albert and Princess Charlene of Monaco). 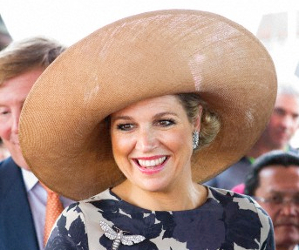