Last Friday, Princess Beatrice attended the Ascot fall races with her grandmother. The grey beret she chose to compliment her grey coat was not the first hat she had paired with this coat- it was the third! Which pairing to you think is best?

A Philip Treacy black and white cocktail hat for Christmas, 2010; A structured grey beret at the Ascot races last week 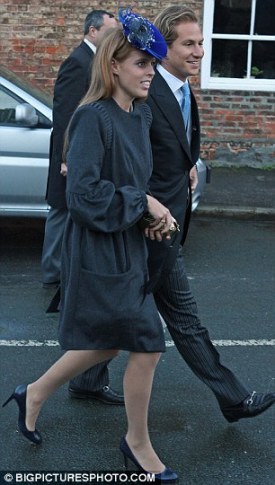 A royal blue percher hat for the wedding of friends, January 7, 2011

Can anyone help identify the designer of this coat?

Photos from Peter Macdiarmid/Getty Images Europe via Zimbio; Getty via The Daily Express; and Big Pictures Photo via The Daily Mail

21 thoughts on “Three Hats and A Grey Coat”