Emperor Akihito and Empress Michiko met Indian President Pranab Mukherjee at a ceremony welcoming them to India yesterday. The Empress wore a new hat- a large (much larger than usual!) white saucer hat trimmed with a large green leaf and pink flower petals. I was very pleased to see her in something with such a large brim. 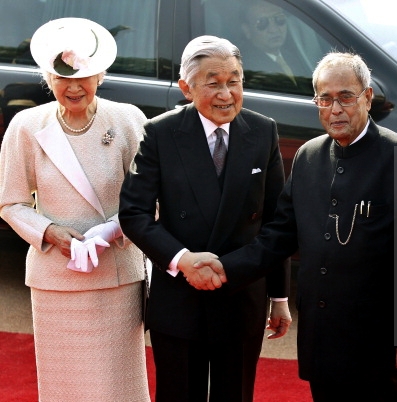 Later in the day, the Imperial couple visited Jawaharlal Nehru University. This hat also appears to be a new one, although exactly the same shape of saucer (with slightly upturned rim at the back) as these two grey saucer hats. This hat was trimmed with a fabric flower in the same charcoal grey fabric as Michiko’s tailored suit. 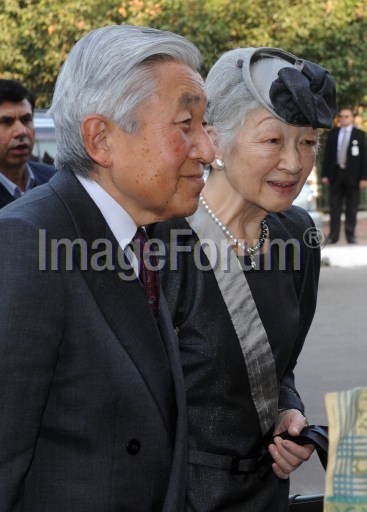 Photos from Hindustan Times, Raveendran, and Prakash Singh via Getty; AFP and AFP