Last Tuesday, Emperor Akihito and Empress Michiko attended the opening ceremony of the 6th International Congress of the World Federation of Occupational Therapists held in Yokohama City. Empress Michiko surprised me with a small black saucer hat trimmed with a bronze flecked bow. The bow echoed the collar of Michiko’s jacket and from a distance, looked like bronze leaves on her hat. It’s a rather avant garde look for the Empress and (I can’t believe I’m saying this) quite edgy for her. Since I’m a big fan of millinery experiments, I’m going to give this a thumbs up. What do you think of this very modern ensemble? 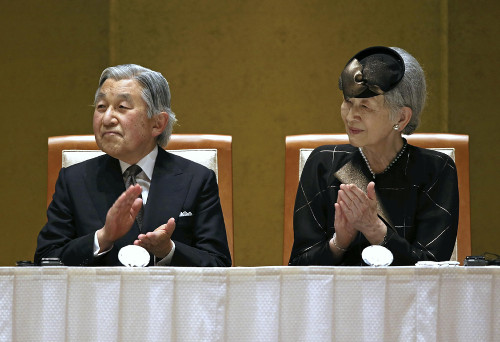 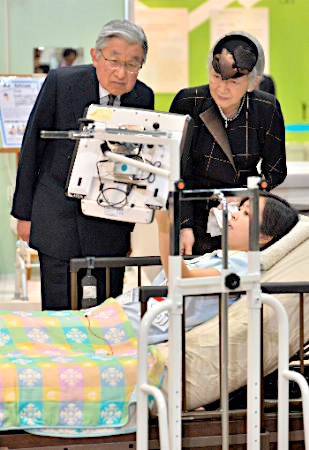 Designer: my guess is Akio Hirata
Previously Worn: I believe this is a new hat

Photos from The Imperial Family of Japan