Over the past two days, Crown Princes Naruhito and Crown Princess Masako of Japan have attended the UNESCO World Conference on Education for Sustainable Development in Nagoya City. Crown Princess Masako’s attendance at such events is cause enough for celebration, dear readers, but that’s just the beginning. She attended, looking confident in an elegant oxblood suit with matching hat. The flat brimmed hat, with a slightly squared crown, was trimmed with a double band around the crown, I believe in the same fabric as her suit. Imagine- a Japanese royal hat in a saturated colour and a brim?! Such is the realization of our royal millinery dreams! Most of us are not-so-secret cheerleaders of the Imperial Crown Princess and I suspect, dear readers, you’re going to join me in giving Masako a standing ovation of happy claps for this hat. 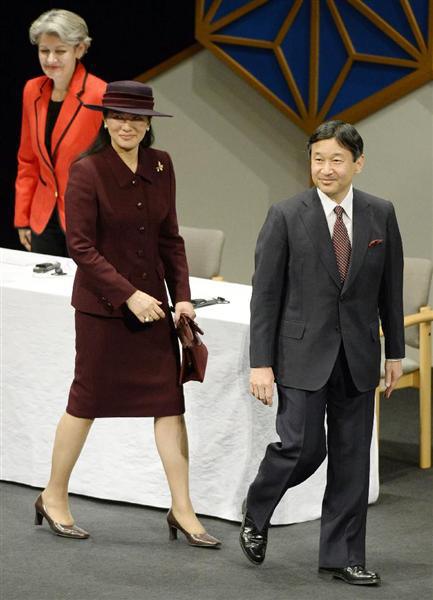 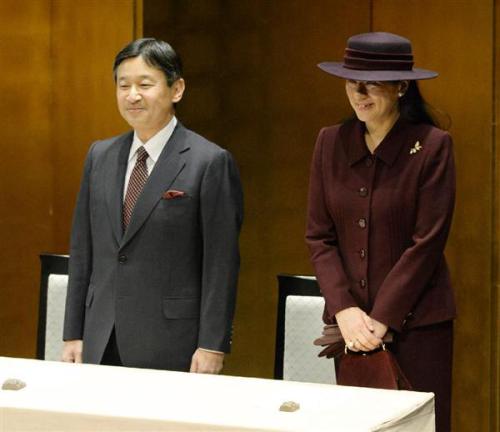