Queen Margrethe and Prince Henrik visited the Guard Hussars Regiment in Slagelse yesterday to mark the regiment’s 400th anniversary. For this special occasion, Queen Margrethe repeated her white felt rimmed saucer hat trimmed with a white fur knot bow. While we royal hats watchers are used to seeing hats of this shape on Empress Michiko of Japan, it is a style departure for the Danish Queen – a style departure that works! Queen Margrethe’s hairstyle is often covered by her hats, leaving the unfortunate impression that she is bald (which of course, she is not). This hat, worn at the perfect jaunty angle, works well with both her hairstyle and with the high fur collar on her coat. I think the hat is fantastic on Margrethe and tops off the perfect winter ensemble for a Scandinavian queen. What do you think of this white saucer hat? 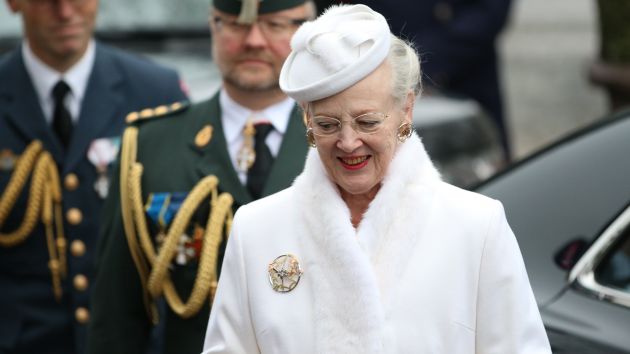 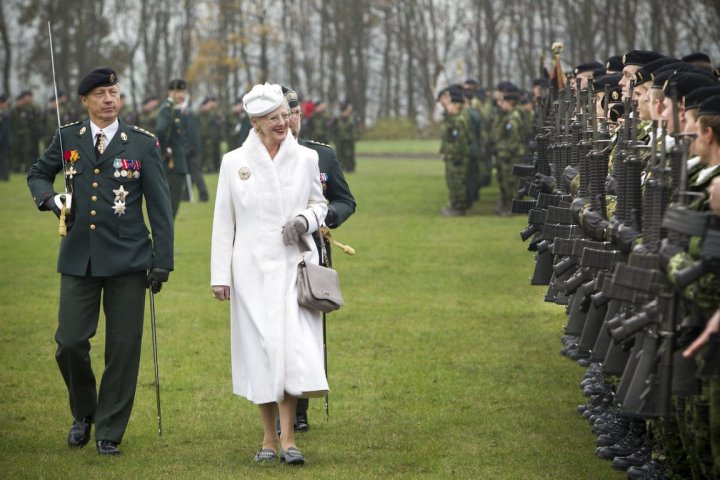 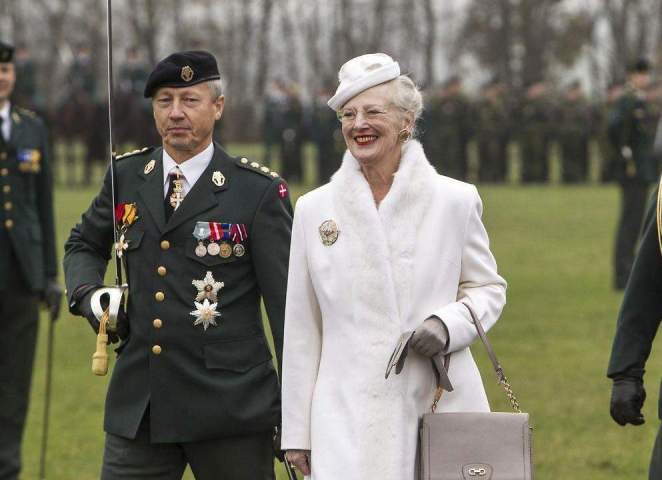 Photos from Rene Lind via TV East and Niels Ahlmann Olesen via B.dk