Princess Beatrix of the Netherlands visited her namesake Children’s Hospital at the University Medical Center Groningen to unveil a new art installation. The princess unveiled the artwork, a collage of her own portraits, with the help of one of the hospital’s young patients. For this event, Princess Beatrix repeated her large red brimless straw hat with a indented, domed crown. The shape of the crown is emphasized with navy trim. I’m on the fence about this hat at the best of times and I’m afraid its pairing with this suit puts me firmly in ‘no’ territory (I much prefer it with the navy dress and red cape Princess Beatrix wore with it on its last outing). What do you think of this red hat? 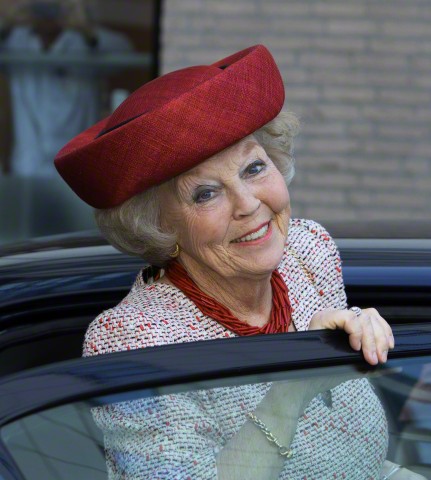 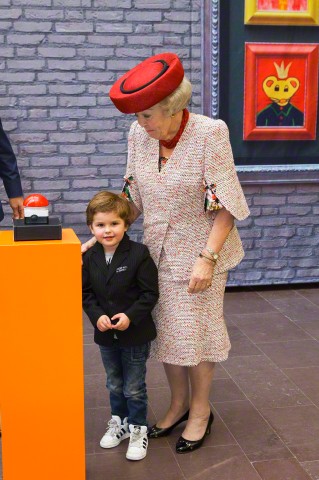 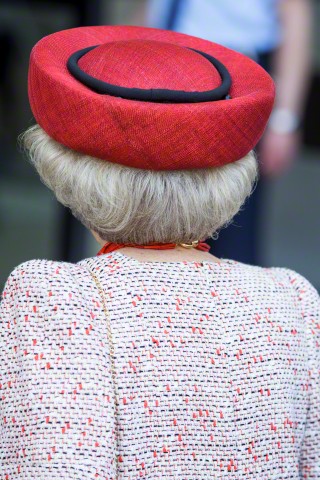