Sheikh Hamad bin Khalifa Al Thani and Sheikha Mozah have been travelling in France and Croatia over the past two weeks during which time the Sheikha has worn some beautifully chic summer hats. On July 29, the royal couple visited the hospital in Arles, France where the Van Gogh famously stayed in 1888 and 1889. For this visit, Sheikha Mozah wore a natural straw hat trimmed with a cafe au lait hued band and bow around the crown. A coordinating stripe beneath the brim finished the classic picture hat and tied it perfectly to her brown and green floral dress.

In early August, the couple toured an organic farm in Southern France. Sheikha Mozah topped her blue floral dress and navy jacket with a natural straw hat trimmed with a navy bow. The hat’s brim, which was turned up on one side and fell in relaxed waves on the other, is just the kind of chic piece one imagines wearing in the French countryside, I think.

Last Thursday, Sheikh Hamad bin Khalifa Al Thani and Sheikha Mozah arrived in Šibenik, Croatia where they were greeted by Her Excellency Kolinda Grabar-Kitarović, president of the Republic. For their arrival, Sheikha Mozah topped her Ulyana Sergeenko couture ensemble with a black silk turban. 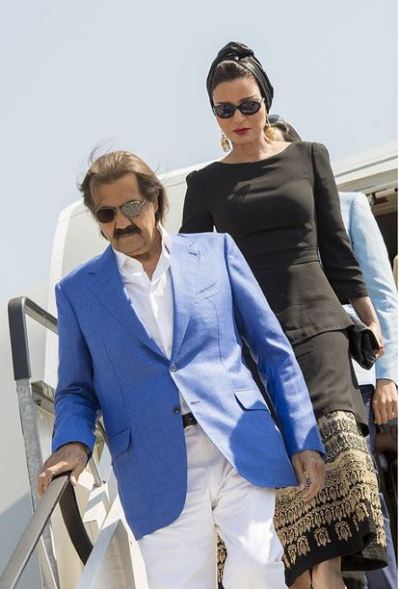 On Saturday, the royal couple explored the historic centre of Šibenik, cruised around Visovac Island and toured Krka National Park. Sheikha Mozah wore a straw hat with square crown and cartwheel brim which was edged in an upfolded stripe of cream straw and trimmed with a cream silk band around the base of the crown. The darkened shade of the natural straw was a perfect compliment to the Sheikha and the pairing of the hat with her floral dress was perfect. 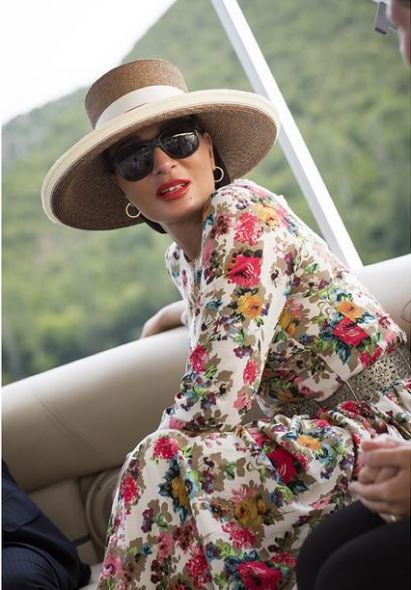 The couple concluded their Croatian visit in Rijeka where the Sheikha wore another Ulyana Sergeenko couture dress topped by one of her de rigeur matching turbans. While no one wears a turban better than Sheikha Mozah, I think her straw hats are so wonderfully chic. It’s lovely to see her in hats for a change, isn’t it?

15 thoughts on “Cathching Up With Sheikha Moza”