Queen Elizabeth appeared at her first public outing of 2016 yesterday, attending Sunday morning service at the Church of St. Mary Magdalene near the Sandringham estate in Norfolk. She repeated a deep purple cloche variation with squared crown trimmed with a spray of purple and pink feathers. This hat features a unique diagonally wrapped crown that you can see better on previous outings here and here. From a distance, this hat looks great but I’m afraid that from a closer view,  the details (stitching, flowered fabric on the diagonal crown, spines of the feathers sticking out on the brim) and overall proportion are rather sloppy. 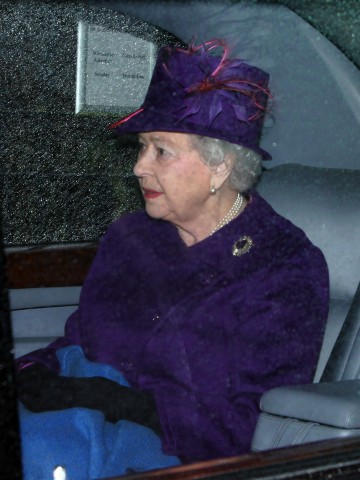 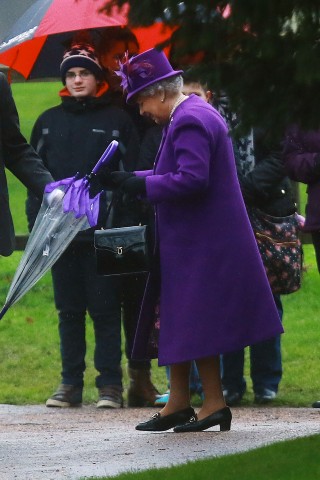 The Countess of Wessex and Lady Louise Windsor also attended, both sporting Jane Taylor designs (see them here). Sophie’s chic navy fedora with feather trim looked fabulous with her blue coat while Lady Louise’s black beret is a wonderful start to a long future of hat wearing.  You can see additional photos at this Daily Mail article.