Princess Stéphanie, Hereditary Grand Duchess of Luxembourg, celebrates her 35th birthday today and in honor of this, we’re going to dive into our first inventory of her millinery closet. We don’t see Stéphanie wear many hats beyond Luxembourg’s National Day, Closing of the Octave after Easter and the occasional state visit but despite this, she’s stepped out in five blue designs so far during her royal life. Here they are in the order that they have been worn: 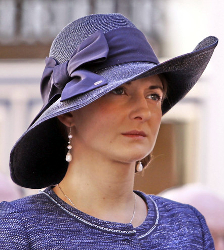 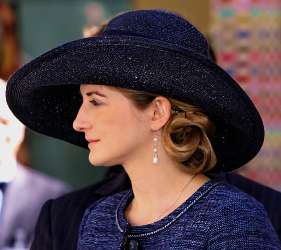 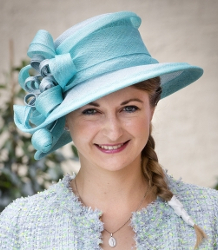 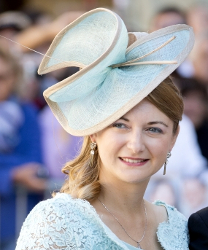 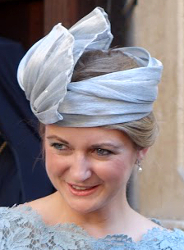 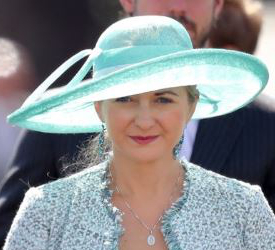 For someone who does not wear hats often, there are some brave designs here! I’ve always adored whimsical curling trim on #2 (SUCH a fun hat for a new princess!) and admired the bold shapes of flower #3 and ruched headpiece #4, both of which take some confidence to pull off. Stéphanie’s colouring matches well with lighter shades which suit her much better than the dark first hat. I’m impressed with this inventory, not because all the hats are flawless but because it shows the Hereditary Grand Duchess’ willingness to experiment with millinery shape and scale- something that makes me take more deliberate notice of her style. What do you think of  Princess Stéphanie’s blue hats?