Today we’re diving into Princess Anne’s closet to look at all of her red hats. To my great surprise, she has only added four in this colour scheme in the past 40 odd years: 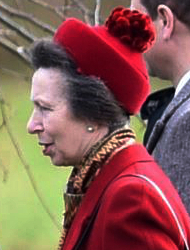 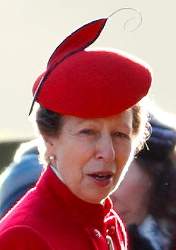 What’s most interesting to me here is not so much the styles, as the few number of hats in this hue. Maybe the Princess Royal is not such a fan of red? While the first two are well into their third decades of wear, they continue to make public appearances, usually around Christmas. The first design has not aged particularly well (as one may expect for a pyramid of pompoms) while the second has nearly fit in with the beret percher styles that have been fashionable over the past decade. The most recent acquisition, a deep scarlet velvet bucket hat, feels less stylish than the beret and while the third hat has not been seen in a long while… it wouldn’t surprise me if it magically appeared at Ascot next year.

What do you notice about this group of hats? If you were to add a red hat to Princess Anne’s wardrobe, what style would you choose?