Infanta Pilar, Duchess of Badajoz, Dowager Viscountess of la Torre, passed away in Madrid at the age of 83 today. The elder sister of King Juan Carlos of Spain, she was popularly known as ‘Doña Pi’ after renouncing her rights of succession to marry Don Luis Gómez-Acebo y Duque de Estrada, Viscount de la Torre, Grandee of Spain in May 1967; together, they raised four sons and a daughter. President of the International Equestrian Federation from 1994 to 2006 and member of the International Olympic Committee from 1996 to 2006, Infanta Pilar was closely involved with a number of charitable causes and organizations.

She wore two particularly memorable hats to the weddings of her nephew, King Felipe in 2004 and Infanta Cristina in 1997 that I share in tribute to her now. 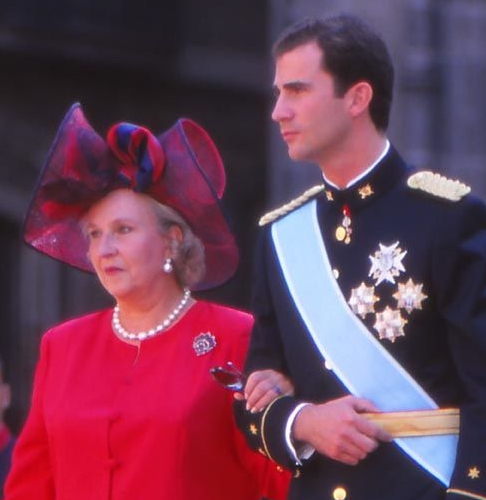 Our thoughts are with the extended Spanish royal family as they grieve her loss.

9 thoughts on “Passing of Infanta Pilar”