So far in our look back at Maundy Thursday services from years past, we’ve seen the hats Queen Elizabeth wore in the 1950s and 1960s; the 1970s and early 1980s; and the later 1980s and 1990s. Today we wrap up this series with a look at the designs the Queen has worn to this Easter weekend service so far this millennium: 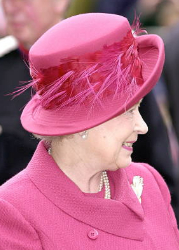 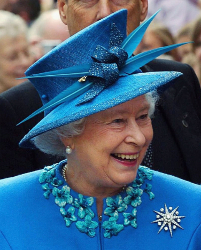 UPDATE– since this post was published, the Queen has worn the following hats for Maundy Thursday:

While the shapes here are familiar, what greatly surprises me is with the exception of the magenta boater in 2014, every hat worn to this event in the past decade has been some shade of blue. No question, there are some lovely blue hats here but this streak of one colour at the same event is rather curious. An interesting side note- in preparing this post, I learned that the Queen has visited every single cathedral in the UK for Maundy Thursday (the last to be checked off her list was in 2017 at Leicester Cathedral). Back to the hats- what do you think of this group and what colour do you think we’ll see the Queen wear for this year’s Maundy Thursday service, later today?

With a weather forecast tomorrow calling for a sunny 22 degrees and my great wish for an end to this decade-long blue streak, I’d love to see Her Majesty in one of the vibrant yellow hats she debuted last summer (this one or this one).