Princess Eugenie and Jack Brooksbank were married this morning at St. George’s Chapel on the grounds of Windsor Castle.

One wishes a bride to look her most most beautiful on her wedding day and such was the case for Princess Eugenie today.

Designed by Peter Pilotto and Christopher De Vos, her dress featured a fitted bodice, long sleeves and folded portrait neckline that folds around the shoulders into an open back that drapes into a flowing, full length train. The low cut back was a special request of the bride who wanted to embrace and celebrate the scar from her adolescent scoliosis surgery.

The stars of this gown are its cut and fabric – while it appears to be embroidered or appliqued with lace, the silk, cotton and viscose blended jacquard is actually woven with a custom floral motif of the bride’s request: Scottish thistles as a nod to the couple’s love for Balmoral, Irish shamrocks in honor of Ferguson family heritage and York roses and ivy to represent the couple’s home. The beautiful striped floral pattern on the fabric and impeccable cut and tailoring of the gown combine to create a streamlined and beautifully modern take on a traditional silhouette. On Eugenie, it was just exquisite.

Princess Eugenie surprised with her bridal headwear, eschewing a veil and a widely-shared prediction she would wear her mother’s York tiara. Instead, she borrowed the Greville Emerald Kokoshnik Tiara from the Queen. Never before seen on a royal head, the tiara is part of the famous Greville suite of jewels left to the Queen Mother in 1942 (read more about the tiara’s background over at the Royal Order of Sartorial Splendor or at the Court Jeweller). This tiara was made in 1919 by Boucheron of brilliant and rose cut diamonds pavé set in platinum around emeralds – a stone that coordinated beautifully with Eugenie’s green eyes and the autumnal scheme of the wedding.

The young bridesmaids and pages wore dresses, shirts and velvet trousers from designed by Amaia Arrieta of Amaia Kids.The bridesmaids also wore patterned sashes printed with an art print by Mark Bradford included in the Order of Service. They carried posies of Lily of the Valley and spray roses which were also used to make small sprays for their hair.

I love it good royal bridal surprises and Princess Eugenie’s look today was surprisingly streamlined, modern, and all kinds of beautiful.

UPDATE: For the evening party, Eugenie changed into a blush Zac Posen silk gown embroidered with York roses on one shoulder and the back. Queen Victoria’s wheat-ear brooches, borrowed from her grandmother, were incorporated in her hair to top another stunningly beautiful bridal look. 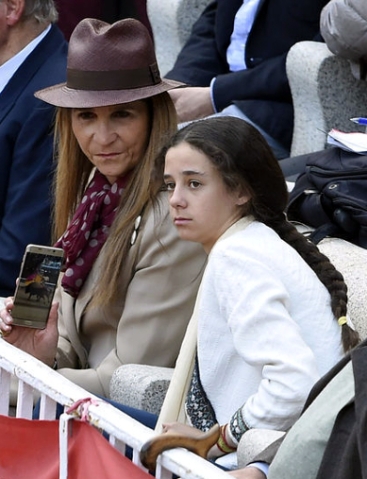 Photos from Guillaume Collet/SIPA via Newscom; Bekia; and Getty as indicated

Infanta Elena donned a chocolate straw fedora to take in a bullfight with her father, King Juan Carlos  (Belga Images)

During the official launch of her foundation in California, Princess Charlene jumped in the pool with some kids to teach water safety- something that put her SO in her element (Daily Mail)

The Invictus Games were inspiring and Prince Harry was unapologetically their number one fan.

As we count down to the closing ceremony let's take a moment to reflect on what these games have all been about…https://t.co/ry4KFVTiAK

He sat down with Michelle Obama earlier in the week to talk about the games. The interview gives a peek behind the scenes to their recent mic drops and Harry’s approach to unclehood. It’s charming.

The annual Festival of British Eventing was held this weekend on the grounds of Gatcombe Park, Princess Anne’s country home in Gloucestershire. The equestrian event was attended by the Phillips and Wessex families who wore a bevy of sporty hats. It looks like a marvellous time was had by all. 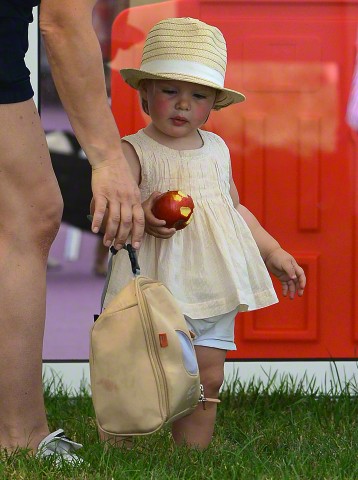 On Tuesday, members of the British Royal Family attended a memorial for the late Duke of Wellington (Daily Mail)

Great interview with Prince Harry last weekend in New Zealand (Sky News). Early this week, he participated in a traditional Maori Haka at the Linton Military base (New Zealand Herald)